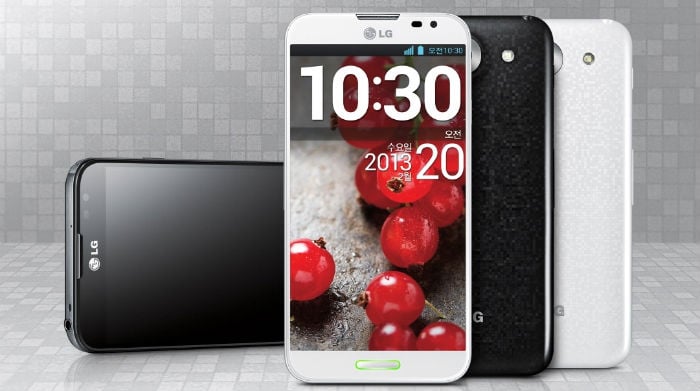 LG Electronics announced that it has launched the 4G LTE-equipped Optimus G Pro, its first full HD smartphone across the Middle East. The phone, set to be in stores this fall, will be priced at Dhs1,999 in the UAE.

The device, with a 1.7GHz quad-core processor, has a 5.5-inch Full HD IPS display, RAM space of 2GB DDR and internal memory of 16 GB.

With a 13MP rear and 2.1MP front camera, the phone introduces features such as dual recording and virtual reality (VR) panorama. Dual recording allows users to capture video with both the front and rear cameras simultaneously, while VR panorama allows shots of horizontal and vertical environments.

The Optimus G Pro, which operates on Android 4.1.2 Jelly Bean, also comes with a host of upgraded features including QSlide, Live Zooming and QuickMemo.

The phone’s predecessor, the Optimus G, was officially in the Middle East in April this year along with the LG L Series II smartphones.