Cityscape Insight: A Look Ahead To The GCC's Biggest Property Event - Gulf Business 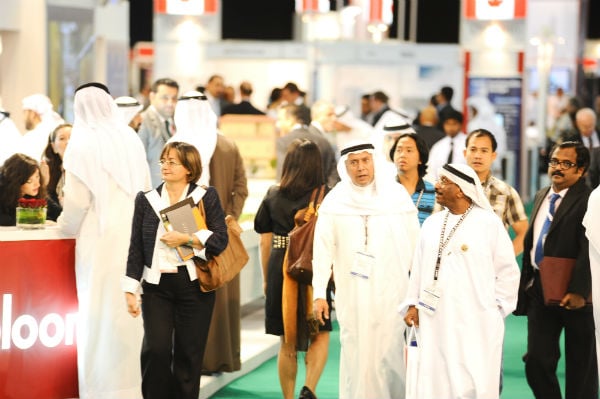 The debate over whether Dubai’s real estate market has been resuscitated back to life has raged back and forth since the global crisis of 2008. If ever it needed a litmus test to decide once and for all, it needs one now.

Fortunately the region’s largest real estate event is just around the corner – Cityscape Global 2012 is almost here and the success of the event should finally decide whether the city’s property market is back on track.

Last month, Emaar announced a new luxury Address hotel in Downtown – which sold out off-plan on its first day of opening – while the world’s tallest residential building, Princess Tower, opened to 98 per cent occupancy.

Sales figures by foreigners alone topped Dhs22 billion for the first half of the year as Indian, British, Pakistani and Saudi investors snapped up almost 13,000 properties.

Rohan Marwaha, managing director of Cityscape Global, believes not only is the region’s real estate sector breathing life again but this year’s event will be the biggest they’ve put on since the pre-crash era.

“There is definitely going to be a more upbeat feeling this year,” says Marwaha. “Meeting people in the industry, they’re saying there’s a real buzz about Dubai now and obviously that is a very encouraging sign to hear. If you look at the figures behind that, Dubai’s got every reason to have that buzz because there is so much happening here now again.

“We’re now in the position where the event is seeing growth for the first time in three years. We’re growing by 40 per cent this year in terms of floor space. In terms of registrations, we’re well on par to exceed what we achieved last year and that has not happened in any of the previous three editions; it’s substantial growth.

“I think this year really does show with a huge amount of confidence that Dubai is certainly getting back on track and people are treating Dubai as a place for investment and as a place to do business.”

Dubai continues to hold the honour of staging Cityscape’s global event and Marwaha explained the appeal and draw of the UAE city as he expects international visitors to account for a substantial part of the intake.

“We’ve had a very aggressive strategy over the last two or three years to really align ourselves with the strategy of Dubai which was creating the international investment and a hub for people to do business. We’ve made the Cityscape Dubai event the global platform for all the Cityscapes because we know it’s a place people are most comfortable coming to out of all the destinations we operate in.

“50% of clients this year will be international visitors. Russian investors, Iranians, Indians and others who invest a lot here in Dubai, will be coming by the truckload to see the opportunity that exists, not only here but in other parts of the world.”

As Marwaha explained, though Cityscape is on the doorstep for Middle Eastern companies, its appeal is wider than just the region as developers from Russia to Turkey will be present attempting to attract Gulf investment.

Will there not still be a little caution? After all it has only been four years since the crash sent property investors fleeing the local market.

“Of course there’s going to be a cautious optimism about the place,” said Marwaha. “But I really believe the sentiment is out there and there is a sense of optimism about the opportunities that lie here and if people understand and get back to prime location and making sure that the factors of supply and demand are met, I think it will do very well.

“It’s going to be a very interesting year.”

Is Dubai’s Property Market Back?