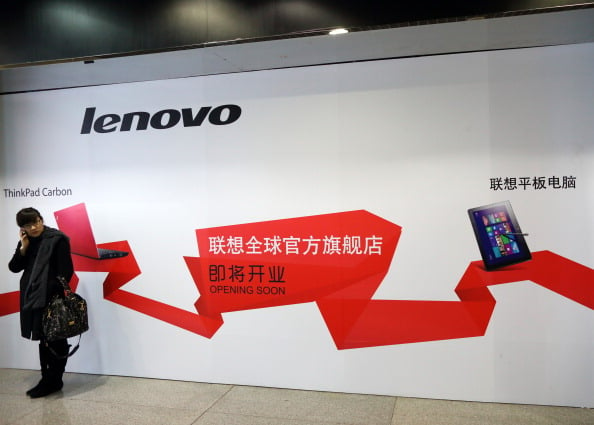 Lenovo has beaten HP to become the top PC supplier in the world for the first time in its history, according to industry reports from IDC and Gartner.

The $34 billion Chinese tech company reached 16.7 per cent global PC marketshare in the second quarter of 2013, up year-on-year from 15 per cent (according to IDC) and 14.9 per cent (Gartner).

“The PC market is changing, but it still represents a $200 billion opportunity,” said Yang Yuanqing, chairman and CEO of Lenovo.

“The battle for PC leadership could certainly still go back and forth. But I am fully confident that there remains substantial room for profitable growth and groundbreaking innovation in the global PC marketplace.”

However, both the market reports painted a dismal picture for the global PC industry, stating that worldwide shipments of personal computers fell in the second quarter as consumers shifted to tablets and mobile devices.

The PC industry is currently experiencing the longest decline in its history, with shipments dropping for the fifth consecutive quarter, stated Gartner.

“With second quarter growth so close to forecast, we are still looking for some improvement in growth during the second half of the year,” Jay Chou, senior analyst at IDC, said in a statement.

“Slower growth in Europe and China reflect the risks, while the improved US outlook reflects potential improvement.”