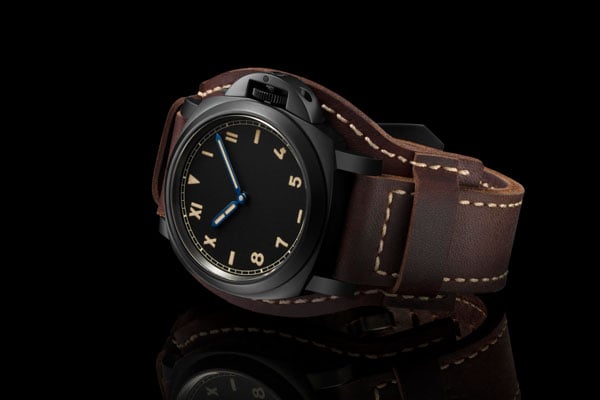 To strip away the name and logo of the brand from the dial of a timepiece requires steely courage. A watchmaker is hedging its bets on the fact that it has such strong design codes, that its creations will be instantly recognisable.

Panerai, we’d imagine, wasn’t too fussed though about opting for an unsigned dial as it has on this new Luminor California 8 Days DLC. The cushion-shaped case, crescent-crown guard, distinctive fonts of the numerals, and gently sloping lugs are all dead giveaways – you can tell this is a Panerai from a mile away.

This is a watch brand with a loaded history. Founded in Florence in 1860, it mainly manufactured nautical equipment and precision instruments like compasses. It wasn’t until the mid-1930s when the Italian Navy came calling and asked it to design watches for their elite commando unit. Panerai obliged. For the next six decades, the only way to secure a Panerai watch was if you were in the military and were assigned one as part of your service.

It was only in 1993 when the brand decided to start selling to civilians that the world began to hear about Panerai. The oversized watches were an instant rage. As the story goes, Sylvester Stallone, back then at the peak of his career, bought a Panerai on a whim during a visit to Italy. Gobsmacked by the watch, he convinced his billionaire friend, Johann Rupert, to purchase the brand.

Rupert’s Vendôme Luxury Group (now known as the Richemont Group) acquired the brand in 1997. In 2012, Rupert told financial analysts “Our single most profitable venture is probably Panerai, where we paid less than $1m.” 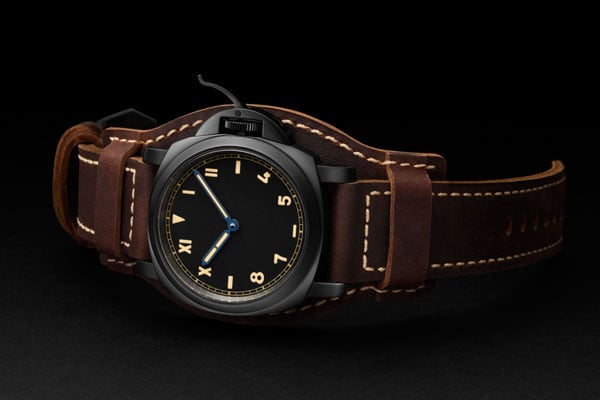 How the brand went from an obscure Italian brand to a highly coveted watchmaker in two decades under the stewardship of its former CEO Angelo Bonati, who resigned earlier this year, is a tale for another day.

A California dial, a style used by other watchmakers including NOMOS, is one that features half Roman numerals and half Arabic numerals. It’s up for debate as to why they are called ‘California’, but one story suggests that the name caught on because of a dial finisher in California who was particularly skilled at creating these sorts of dials back in the 1980s.

This PAM00779 features a manual- winding in-house P.5000 calibre manufactured in Switzerland tucked away inside the 44mm blacked-out case coated with diamond-like carbon (DLC). All the hour markers are finished with Super- Luminova so that they can be easily read. The watch has a power reserve of eight days and is water resistant up to a depth of 300m.

A theory around the introduction of unsigned dials, put forth by Bonati, was that during World War II Panerai deliberately made blank dials so that if the commandos were captured by the Allies, the manufacturer couldn’t easily be identified. That certainly wouldn’t be the case today.