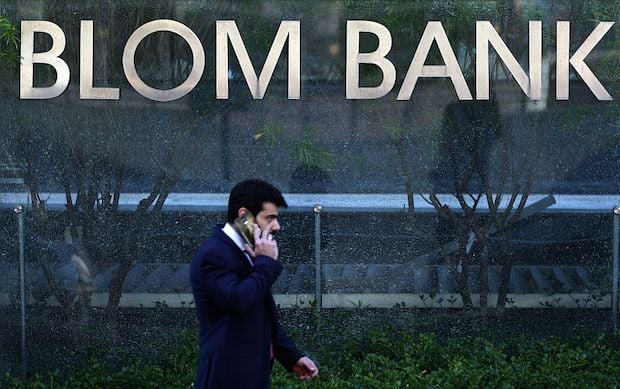 Governor Riad Salameh told the Association of Banks in Lebanon that he will issue a circular within days to lower rates “to revive the economy” and limit the increase in “doubtful” loans, according to a document summarizing the meeting and seen by Bloomberg.

The decision may buy much-needed time for Lebanon, which is reeling under its worst financial crisis in decades while authorities struggle to form a government after the resignation of Prime Minister Saad Hariri following weeks of mass protests against corruption and deteriorating living standards.

Salameh said he was considering issuing instructions that would formalize recent restrictions on capital movements imposed by commercial lenders, according to the document. The measures would be temporary until a government is formed and the financial and economic situation returns to normal, the document stipulated.

The governor also said that 165bn Lebanese pounds ($109.2m) had been withdrawn per day from the central bank in the last two months, and that the bank is waiting for a new batch of pound banknotes to arrive on December 20.

Debt Risk
President Michel Aoun convened a meeting last week that brought together Salameh, the finance minister, the economy minister and the head of the Association of Banks. They tasked the governor with taking “temporary and necessary” steps to protect the stability of the banking system.

The crisis has undermined confidence in Lebanon’s ability to repay its vast public debt. The country’s debt risk, measured by credit default swaps, has surged to more than 2,500 basis points, the second-highest after Argentina, according to data compiled by Bloomberg.

Lenders have imposed restrictions on the movement of capital with some banning transfers abroad, freezing credit lines for businesses and setting a withdrawal limit of $400 to prevent a run on the banks. Officials, including Salameh, have repeatedly said that the country would not impose formal capital controls, which require a legal framework.

Three top banks in Lebanon were downgraded last month below the sovereign by S&P Global Ratings, which warned that the country’s economic crisis is draining liquidity from lenders. A week before the downgrade, the central bank instructed local lenders to raise their capital by 20 per cent by next June and refrain from distributing dividends for 2019 to boost their liquidity and prepare for possible credit downgrades.

S&P said it would further lower the ratings should there be “additional pressure on banks’ liquidity positions or if the banks impose further restrictions on specific transfers and operations.”

Banks are crucial in the country’s financial model. To keep its lenders stable and defend the dollar peg, Lebanon relies on inflows from the millions of its citizens living abroad. However, capital inflows needed to finance the large current account and fiscal deficits have slowed as confidence has dwindled; outflows have gathered pace.

The central bank began rationing dollars even before the unrest ignited on October 17, pushing up demand for the foreign currency and creating a black market rate that’s currently 30 per cent higher than the fixed exchange rate of 1,507.50 pounds to the dollar. The move has stymied trade and imports in a country that’s almost entirely reliant on foreign goods. The central bank said it would supply importers of fuel, wheat and pharmaceuticals with most of their dollar needs.

As the crisis deepens, the president has yet to set a date for parliamentary talks to name a new prime minister. Hariri, who resigned in October in the face of mounting protests, has said he would not return as premier and favors a government of experts. The Iran-backed Hezbollah movement and its allies have been pushing for political representatives in a future cabinet alongside independent experts to appease the protesters.