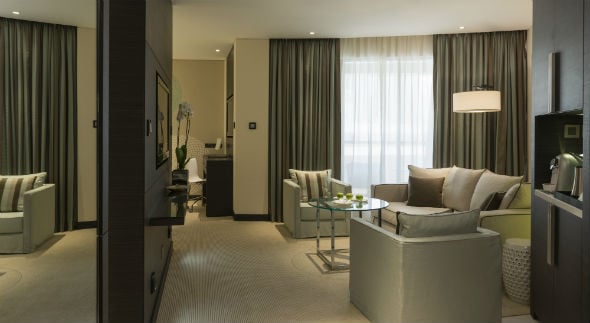 One of Dubai’s original and best-known beachfront properties, Le Royal Méridien Beach Resort + Spa, is in the throes of an Dhs55 million refurbishment in a bid to appeal to “a new generation of luxury travellers”.

A selection of the new-look rooms, among the first new Le Méridien concept resort rooms globally, is now available for bookings, and comes with 24-hour butler service and fresh décor and amenities.

Decorated in contemporary pastels and complimented by light solid wood furniture, the new rooms feature a Le Méridien Discovery Wall that takes inspiration from sea urchins and aim to provide a tranquil and sophisticated atmosphere.