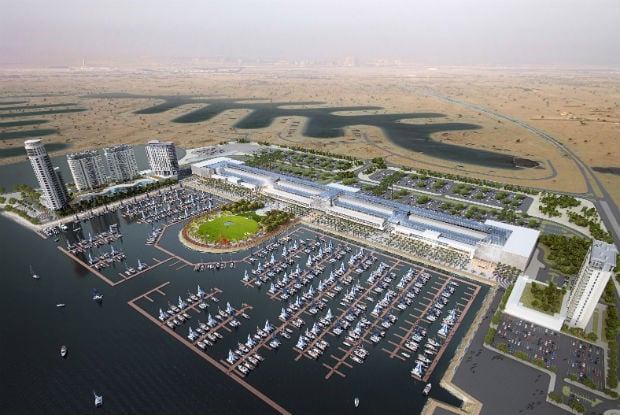 Spread across 350,000 square metres of waterfront, the development consists of Kuwait’s first Outlet Mall, two high-rise residential towers, one furnished apartment tower and a marina with capacity for over 900 boats.

A five-star hotel with an international spa and large central park with entertainment options are also planned.

The developer did not reveal the completion date of the project or if it will be conducted in phases.

“Kuwait is recognised as a country that has one of the world’s highest per capita income estimated at $48,260, which means the country is well-placed to drive growth across different retail segments,” said Mohammed Jassim Khalid Al Marzouq, chairman of Tamdeen Group.

“It also remains one of the most under serviced markets in the GCC in terms of quality retail space.

“Kuwait’s economy is among the strongest in the region and in a country where 45 per cent of the population is in the 20 to 39 years age range, household spending on international brands within the retail sector is also on the rise.”

According to a report by Alpen Capital, retail sales in Kuwait are expected to see a compound annual growth rate of 6.7 per cent between 2013 and 2018.

The country was also placed second among Middle East countries in AT Kearney’s 2014 Global Retail Index.

In line with this growth, a number of shopping malls have also sprung up in the country over the last two years.