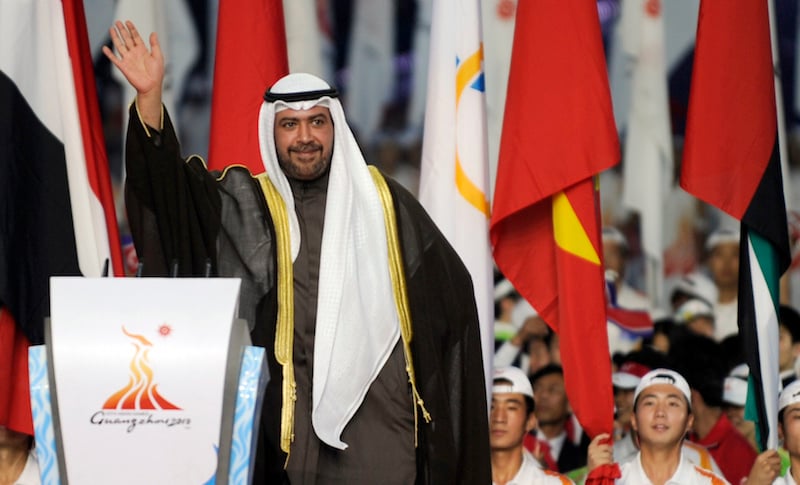 Sheikh Ahmad Al-Fahad Al-Sabah has been re-elected president of the Olympic Council of Asia after standing unopposed and despite being embroiled in a forgery case brought by Swiss investigators.

The long-serving OCA boss, a powerful ally of International Olympic Committee head Thomas Bach, was re-elected unanimously for an eighth term at the OCA general assembly in Bangkok, the OCA said in a statement on Monday.

An IOC member since 1992, Sheikh Ahmad stepped down from his roles in the global Olympic body in November, less than two weeks after the Public Prosecutor of Geneva submitted a forgery accusation to a criminal court against the Kuwaiti and four others.

Sheikh Ahmad had been head of Olympic Solidarity — the multi-million dollar IOC purse that funds sports projects globally — and the head of the Association of National Olympic Committees (ANOC).

Sheikh Ahmad has proclaimed his innocence and said in November that the Swiss court case had nothing to do with “sport or corruption”.

The OCA said Japanese Olympic Committee president Tsunekazu Takeda had been retained as an OCA vice president despite being at the centre of a corruption probe brought by French financial prosecutors.

French investigators are probing a multi-million dollar payment made by Japan’s 2020 Olympic bidding committee to a Singaporean consultancy and placed Takeda under formal investigation on Dec. 10, a French judicial source told Reuters in January.

Takeda, a vice president on Tokyo 2020’s executive board, has also proclaimed his innocence and denied anything improper with the bid.

The OCA said its Ethics Commission had “reviewed” the cases of Sheikh Ahmad and Tsunekazu Takeda and that, based on the information available, no action would be taken.

“The Ethics Commission reiterated everyone’s right to the presumption of innocence,” the OCA statement said.