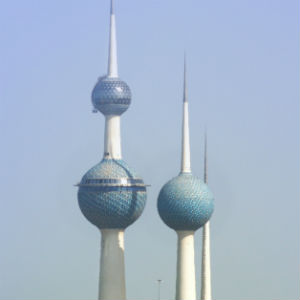 Kuwait’s index has slumped to a four-month low and further declines are forecast as political uncertainty weighs amid a lack of company-specific news.

Kuwait’s minister for social affairs and labour has resigned, local media reported on Tuesday, making him the second cabinet member to step down in recent weeks following pressure from opposition lawmakers.

“The market doesn’t like uncertainty – political uncertainty means economic uncertainty because government infrastructure spending can get put on hold,” says a Kuwait trader who asked not to be identified.

National Bank of Kuwait, Kuwait’s largest listed firm, fell 1.9 per cent to a five-month low, while telecoms operator Zain and Islamic lender Kuwait Finance House have each dropped 1.4 per cent.

“We have a huge psychological support level at 6,000 points and many stocks are at 52-week lows,” said the trader. “The market needs something to move it – we need a catalyst.”

He forecasts the index will extend losses, with the next support at 5,800 points.

Bank Nizwa, which surged 12.8 per cent on its bourse debut on Sunday, drops 0.9 per cent.

“The main reason for selling pressure in Oman is that a lot of traders are buying Bank Nizwa and liquidating their positions in other stocks,” said Adel Nasr, United Securities brokerage manager.

“The global situation is still affecting our markets and I think this will continue for a while, at least until mid to late summer.

“Volumes have picked up because of Bank Nizwa, but this should cool down either tomorrow or the day after.”

European shares and the euro are little changed as reports of official preparations for a possible Greek exit from the Eurozone and rising scepticism over the Spanish bank bailout plan curbed demand for riskier assets. Asian shares earlier ended lower.