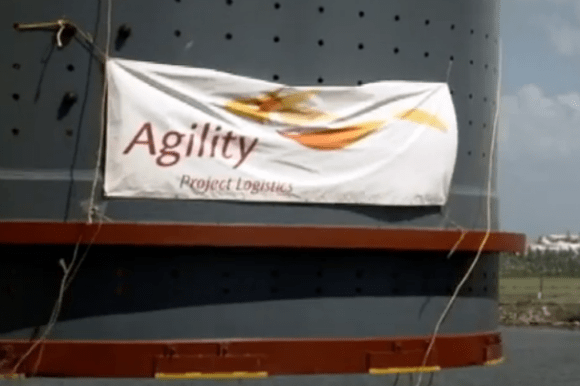 Net profit at Kuwaiti logistics group Agility more than doubled in the fourth quarter of 2012 and the company said on Sunday its board had proposed a dividend of 30 per cent cash and five per cent bonus shares.

Agility made 9.65 million Kuwaiti dinars net profit in the three months to the end of December compared with 3.46 million dinars in the same period a year earlier, a Reuters calculation based on a full-year results statement showed. Its shares rose 3.5 per cent in early trade on the Kuwaiti bourse.

Agility’s board also agreed on a dividend policy under which the company would aim to distribute a minimum of 30 fils per share annually over the next three years, the statement said.

The group said last week it would book close to $80 million in revenues from a three-year contract it won to supply logistics at the Majnoon oil field in Basra, Iraq.