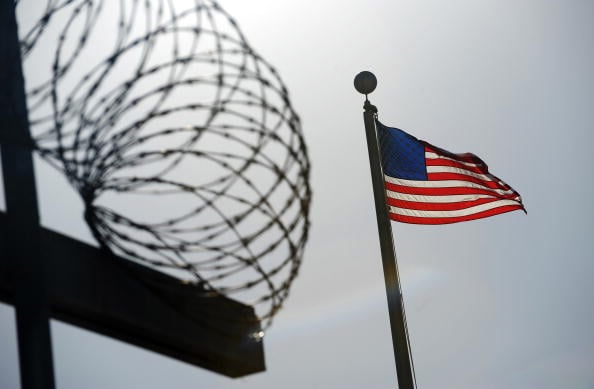 A Kuwaiti held at the Guantanamo Bay U.S. military prison since 2002 faces a parole-style hearing on Wednesday on whether he should be transferred home following Kuwait’s assurances of a rehabilitation program.

The man, Fouzi Khalid Abdullah al-Awda, 37, may have fought alongside al Qaeda and Taliban, according to a U.S. Defense Department prisoner profile. His lawyer contends he is not a threat to the United States.

Al-Awda’s appearance before the Periodic Review Board is to re-examine whether he should still be held without charge at the U.S. prison in Cuba for terrorism suspects, or be transferred to Kuwait.

Kuwait and the United States have defined security commitments for al-Awda “which we understand to be acceptable to both governments,” his lawyer, Eric Lewis, said in a statement available on a Pentagon website.

The commitments include a rehabilitation program of at least one year at a Kuwaiti prison, followed by weekly check-ins with police and security monitoring, Lewis said.

Al-Awda wants to return to Kuwait, reunite with his family, marry and enter the family plumbing supply business, he said.

The Pentagon profile said al-Awda probably attended extremist training camp and may have fought in Afghanistan. He has been at Guantanamo Bay since February 2002 and has been a leader among the prisoners.

Al-Awda is the seventh Guantanamo Bay prisoner to appear before the national security panel. The board was established to speed up the prison’s closing, ordered by President Barack Obama.

The number of prisoners at Guantanamo Bay has fallen to 149 with the swap of five Taliban detainees for U.S. Army Sergeant Bowe Bergdahl on Saturday. The Taliban had held Bergdahl after he disappeared from his Afghanistan base in June 2009.

The Periodic Review Board has determined that three Yemenis are eligible for transfer. The most recent transfer ruling came last month for Ghaleb Nassar al-Bihani, after his defenders contended he had been a cook in Afghanistan and was not a threat to the United States.

The panel has found that a fourth Yemeni should remain in custody.