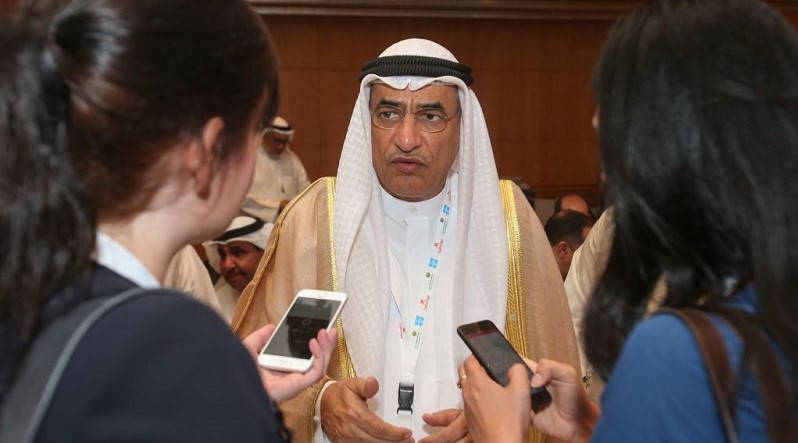 Kuwait is expected to sign an agreement with Iraq on importing gas and the operation of joint oilfields before the end of this year, the Kuwaiti oil minister has said.

“We in the process of selecting a global consultant to study the joint fields project,” Bakheet Al Rashidi told reporters during a visit to the Eastern Doha Power plant.

He also stressed that matters with Saudi Arabia are going at a “steady pace” and that production in the divided region is expected to resume “soon”, reported Kuwait News agency (KUNA).

Oil production at the neutral zone between Saudi Arabia and Kuwait was halted “due to technical reasons” Al Rashidi had said in June.

The Khafji oilfield was shut in October 2014 for environmental reasons and Wafra oilfield has been shut since May 2015 due to operating difficulties.

Kuwait said in late 2016 it was preparing to restart production at oilfields in the zone.

At the time, the closure of the fields, mainly Khafji and Wafra, had become a political sticking point.

According to reports, Al-Rashidi is expected to meet his Saudi counterpart in November to declare the resumption of production.

The closure has cost Kuwait up to $10bn, according to parliamentary figures based on forecasts that oil from Khafji had moved to the Al-Safaniya field in Saudi territory.

Before its closure Khafji, operated by Kuwait Gulf Oil Company and a Saudi Aramco subsidiary, was producing between 280,000 and 300,000 barrels per day, according to Reuters.

The Wafra field has an output capacity of about 220,000bpd of Arabian Heavy crude. US oil major Chevron operates the field on behalf of the Saudi government.