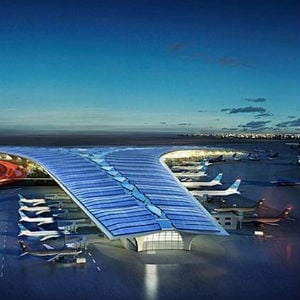 Kuwait will launch in the coming weeks an initial tender for construction of a second terminal at its international airport, a project worth around 700 million to 800 million dinars ($2.5-$2.9 billion), according to state-run news agency KUNA .

The project should be finished by late 2016, KUNA quoted the undersecretary for the Ministry of Works, Hossam al-Tahous, as saying in an interview. He added 16 international companies had expressed interest.

The first stages of the tender will include work on the design, and consultancy services, Tahous said. Tenders for the second phase, which will include construction, should happen in the middle of next year, he said.

He said the ministry hopes solar panels will provide some 10 percent of the terminal’s energy supply.

In recent years inefficient planning and tensions between the cabinet and parliament have plagued policymaking, blocking important infrastructure and economic development projects in the OPEC member state.

Any progress on the airport terminal project will come as a welcome sign that Kuwait is working to break down hurdles for foreign investment.

A parliamentary committee has recommended Kuwait amend its laws regarding public tenders to allow foreign companies to participate in biddings directly without the need for a local agent, the Arab Times newspaper reported on Monday.

The suggested changes are being added to a draft bill, it said. The new rules would apply to oil companies, services and military-related contracts, but exclude other state-owned company tenders, the newspaper reported, citing MP Ahmed Lari, a rapporteur for the Financial and Economic Affairs Committee.

Under the proposed changes, Kuwait’s Central Bank would be given the authority to deal with investment decisions and to supervise tenders, the newspaper said.

In the past decade, Kuwait has attracted just $1.5 billion in foreign investment, or 0.5 percent of total Gulf inflows, while Yemen attracted $3.5 billion.

Why the outlook for the GCC’s construction sector is upbeat