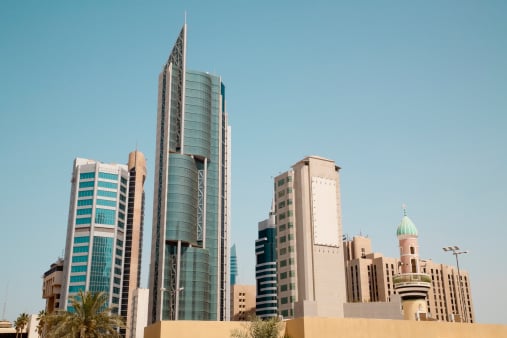 When Sheikh Salem Abdulaziz Al-Sabah resigned as governor of the Central Bank of Kuwait in February last year after criticising “increases in public expenditures to unprecedented levels”, analysts worried that a reformist voice had been lost in a country that desperately needed to rein in spending.

But his return as the new deputy prime minister and finance minister has sent a strong signal that the Kuwaiti government and ruling Al-Sabah family has acknowledged its spending problem.

And true to form, he has immediately blamed the bloated public sector for sucking the life out of the private sector and relegating it to a sorry and unattractive position.

“These imbalances are partially or wholly linked to the exchanged relationship with the size and nature of the role played by the government in economic activity, which has resulted in the oversized growth of its administrative sector and the complication of procedures – thus hindering sustainable growth,” the Minister recently said, according to the state-owned Kuwait News Agency (Kuna).

While other Gulf states have invested heavily in non-oil infrastructure and launched a number of ventures to encourage private sector involvement, Kuwait’s policies are stuck in a time- warp, focusing on a cradle-to-grave welfare system that does not encourage entrepreneurial spirit and initiative.

Kuwaitis make up 73 per cent of the public sector workforce, and changes are afoot to reduce the number of expatriates and replace them with 19,000 Kuwaiti nationals who are on the waiting list for employment at the Civil Service Commission. A government official earlier this year noted that the country’s public sector employs three times more people than needed.

Around 230,000 Kuwaitis are employed in the public sector, with just over 61,000 in the private sector, according to the Kuwaiti Central Statistical Bureau.

As a result, large increases in the public-sector wage bill have undermined the government’s efforts to encourage Kuwaitis to join the private sector, said the International Monetary Fund.

Last year, the authorities raised public sector wages partly to pacify brewing social unrest in the country and partly to share the country’s oil revenues, but this has led to a double-digit surge in spending.

At the same time, the country has not been able to invest in meaningful, job-creating ventures.

Kuwait has also been caught in a political bind over the past five years with six parliamentary ballots in seven years – and two in less than a year.

Opposition groups have been constantly at odds with the ruling family, which has managed to tighten its grip on key ministries such as interior, defence and foreign affairs, and has extended its influence by appointing its own minister to the finance position.

“Not withstanding fresh challenges, the greater political inclusivity of the new National Assembly, together with an influx of new legislators less tainted by the inflammatory experience of the previous two parliaments, still provides some grounds for cautious optimism,” said the Economist Intelligence Unit in its latest report on the country.

With the political scene somewhat stabilising, there is hope of re-energising the Kuwait Development Plan (KDP), expected to unleash $104 billion into the economy over the next few years.

“Soft investment spending continues to be one of the economy’s key weak spots,” wrote Daniel Kaye, Head of Macroeconomic Research at NBK Capital in a recent report on the country.

“Over the past five years, for example, government capital spending has grown by seven per cent per year on average, compared to 16 per cent for current spending; as a share of total government spending, capital expenditure (capex) stands at nine per cent, which remains low by regional standards.”

    The Kuwaiti bank expects the government will make up for previous years’ deficiencies by accelerating capital spending in the current fiscal year.

“This should provide continued support for the broader economy. Just as importantly, we look for capital spending to register a solid gain given recent signs that large government-led projects are at last beginning to get under way.”

And even though the plan has not been implemented to its full potential, the KDP has already had an impact on non-oil growth, which shot up 10 per cent last year.

The manufacturing sector grew 28 per cent while the ‘other services’ sector also rose 14 per cent. Key sectors such as transportation, construction, communication and finance – which are dominated by the private sector – collectively, grew six per cent last year, compared to the one per cent growth in 2011 and contraction in the years before.

In addition, analysts believe that the implementation of a number of new legislations will also raise investor interest.

“The passage of the new Company Law, the establishment of an institutional framework for public-private partnerships (PPPs) and the recently introduced Direct Investment Promotion Law are aimed at enhancing the confidence of investors and increasing investments in Kuwait,” said the IMF.

“Several new pieces of legislation are still in development, including laws for bankruptcy, transparency, public tenders, and competition.”

A new commercial licences law is also ready to attract trade and private sector investment, according to the country’s commerce and industry minister, Anas Al Saleh.

The all-important consumer sector has also picked up momentum, with point-of-sale spending seeing a 17.9 per cent surge in the first half of this year. Steady employment among Kuwaitis and
expatriates, and a hike in public sector wages has also translated into a surge in retail sales this year.

Household credit growth will continue to provide strong support, though the pace of growth may moderate by the end of 2013.

“As for 2014, we can expect stronger non-oil GDP growth to further support private sector job creation, both among Kuwaiti nationals and skilled expats, the two pillars of consumer spending in Kuwait,” NBK said.

While these are positive indicators, the IMF warns that the authorities should refrain from writing-off interest payments and rescheduling part of the household debt, as it would create a “moral hazard for banks and borrowers,” and is counterproductive to building an efficient financial culture and a credible business environment.

Other sectors are also showing signs of improvement, though with the help of the government, with real estate sales rising 27.1 per cent year-on-year in June.

“The year 2012 was certainly a turnaround year for the real estate sector,” said ratings agency Capital Standards. “The sector reported positive profits after three consecutive years of losses, thanks to the improving global economic scenario and favourable policies from the government.”

Sales were driven by the commercial sector, with the sovereign wealth fund Kuwait Investment Authority playing a starring role by injecting fresh liquidity into the sector.

“The government has recently increased the maximum amount of home loans available to Kuwaiti women to KWD70,000 from KWD45,000, while the renovation amount that can be financed, has been increased to KWD35,000 from KWD30,000,” according to Capital Standards.

“The Cabinet also instructed the Credit and Savings Bank to amend its legislation, allowing maximum home loan amounts to jump to KWD500,000 from KWD300,000. The increase in the borrowing limit has resulted in higher purchasing power in the hands of the citizens leading to higher demand.”

As such, the Savings and Credit Bank (SCB) signed off on 3,170 loan applications in the first half of the year, at a combined value of KWD181 million.

While the non-oil sector is returning to form, much depends on the massive oil and gas infrastructure machinery to keep Kuwait’s economic engine humming.

Along with Saudi Arabia and the UAE, Kuwait has been a stalwart OPEC producer,making up for lost output from fellow members Iran, Iraq, Libya and Nigeria, to ensure prices remain stable.

The country has been producing crude oil at record levels of around 2.82 million barrels per day on average this year, near its sustainable capacity of 2.9 million bpd, according to the International Energy Agency.

With Kuwaiti crude fetching well over $100 per barrel, the country expects another bumper year from its oil sector.

“An oil price of between $102 and $106 per barrel in FY13/14 could generate a budget surplus for Kuwait of between KD11 billion and KD13 billion this fiscal year, following last year’s KD13 billion surplus,” according to National Bank of Kuwait’s estimates.

But here again, Kuwait is not maximising its potential.

The country sits on the sixth largest oil reserves in the world, but has been unable to raise production capacity.

In fact, there is a clear need to overhaul the sector as a number of Kuwaiti oil fields are maturing and there is a dire need to raise production and replace some of the declining basins.

“Unlike in Saudi Arabia, where oil ministers have enjoyed long tenures, the oil ministry in Kuwait has been one of the most unstable governmental portfolios with near annual changes in leadership,’ said the EIU.

“These have, in turn, hampered the implementation of crucial development programmes, such as Project Kuwait—which is aimed at modernising Kuwait’s aging energy infrastructure and encouraging the exploitation of new, but difficult to extract, reserves of heavy oil and tight gas.”

Project Kuwait aims to raise Kuwaiti oil production to four million bpd, but remains mothballed as many Kuwaitis oppose the involvement of international oil companies in the sector, which is run by state-controlled Kuwait Oil Corporation.

The multi-year and multi-billion project aims to increase the country’s oil production capacity from four northern oil fields (Raudhatain, Sabriya, al-Ratqa, and Abdali) and targets one million bpd of output from the fields by 2015.

“This serves as a pivotal component to increase overall oil production capacity to 3.5 million bpd by 2015, and 4 million bpd by 2020, which KOC admits will require the help of International Oil Companies (IOCs),” according to the U.S. Department of Energy.

The lack of decisive action by the government has also relegated Kuwait to the position of a natural gas importer, despite being home to 63 trillion cubic feet of natural gas reserves.

The country also suffers rolling blackouts during the summer due to electricity shortages, which has also affected the petrochemicals and manufacturing the industry.

Over the years, Kuwait has fallen behind its Gulf peers on competitiveness and governance. In a recent World Economic Forum survey on best countries to work in, Kuwait was ranked last among the six Gulf nations, and a country mile behind its regional counterparts in World Bank’s benchmark Doing Business survey, which ranks countries on their business and legal frameworks.

But with billions of dollars in reserves, its sovereign wealth fund and the foundation of a strong oil infrastructure already in place, a little stimulation of the economy could go a long way in waking up this sleeping giant.