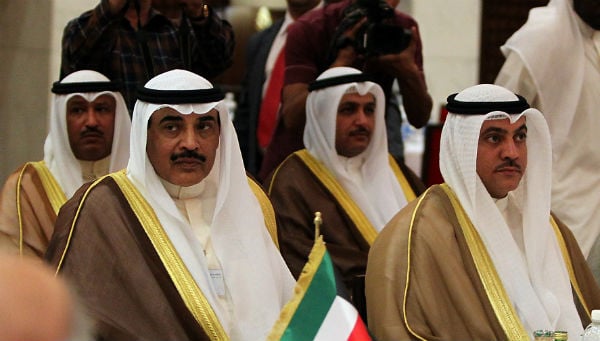 Kuwait’s government should take all necessary measures to cut spending and focus on investing in projects that will benefit the major oil producer’s economy in the long-term, Central Bank Governor Mohammad al-Hashel said on Monday.

Hashel, who took over at the central bank in March, said he shared his predecessor’s concern about high government spending in the Gulf Arab state.

“We think it (government spending) is very high and we should take all the necessary actions to reduce (it),” he told reporters.

Hashel, who spoke after a meeting of Arab central bank governors in Kuwait, said current monetary policy settings were in line with economic developments.

“We think: sure,” he said, when asked whether current setting were appropriate. “Otherwise if we think it needs any movement or amendments or changes we will not hesitate to take any necessary actions,” he said.

He said growth of the OPEC member’s economy this year depended on oil prices and production. It could grow 6.5-6.6 percent this year, he said, in some of his first comments to international media.

Hashel replaced veteran policymaker Sheikh Salem Abdul-Aziz al-Sabah, who headed the central bank for 25 years before resigning in March. Sheikh Salem was concerned about Kuwait’s dependency on oil for revenues.

Kuwait booked a record budget surplus of 13.2 billion dinars ($47 billion) in the fiscal year that ended in March thanks to robust oil income and lower spending than planned.

But economists and policymakers have said the government’s expenditure on wages and benefits is not sustainable in the long-run and that the economy could face problems if there is a steep drop in the oil price.

The International Monetary Fund said in May that Kuwait risks exhausting all of its oil savings by 2017 if it keeps spending money at the current rate.

In a bid to invest more efficiently, Kuwait announced last month that it would more than double the portion of revenues it puts into a rainy day fund for when oil runs out or the economy faces severe shocks.

A long-running political crisis has held up investment, especially in large infrastructure projects, allowing the budget surplus to grow. A 30 billion dinar ($107 billion) development plan aimed at boosting and diversifying the economy has stalled.