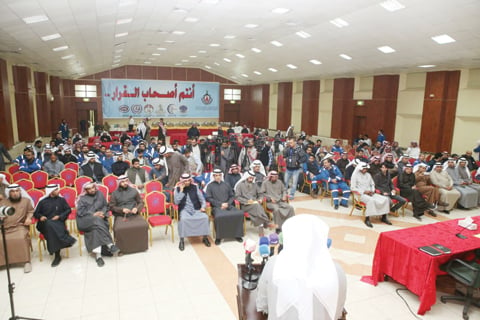 Members of Kuwait Oil Company’s labour union held a sit-in on Wednesday evening at its headquarters in Ahmadi to protest over privatisation plans revealed by oil minister Essam Al-Marzouq.

Kuwait Times reported that some MPs and other members of labour bodies, who rejected plans to privatise the sector, attended the protest.

MPs Khaled Al-Otaibi, Nayef Al-Merdas and Faisal Al-Kandari said that the oil minister should comply with their demands or face a grilling in parliament.

They also argued that Kuwait’s oil industry should not be privatised as it is the only source of national income and would harm Kuwaiti oil sector employees, including around 450 lab technicians and engineers.

“We have a plan until 2020 to spend around $120bn, and this has not changed because we think the fall [of oil prices] was short-term, and these were long-term investments and will have big revenues for the economy,” he was quoted as saying.

Al-Marzouq also revealed the country had plans to privatise areas related to oil services in the coming two to three years but would maintain control of exploration and production.

The strike halted up to 60 per cent of the country’s production and cost an estimated $200m.