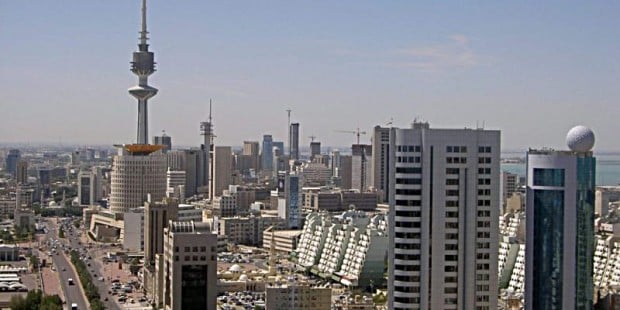 The bank tends not to release real GDP data until a much later date.

The data showed that the economy grew by a revised 12.7 per cent in 2010 in nominal terms, according to a Reuters calculation based on the official data, down from 16.7 per cent as previously reported.

Kuwait pegs its dinar to a basket of currencies and the government depends on income from crude oil for around 95 per cent of its budget. While Kuwait is fiscally sound, the Gulf country is suffering from a political crisis triggered by a long-running row between the government and parliament, which has held up economic reforms and investment.

The economy is expected to grow 6.5-6.6 per cent this year in real terms, central bank Governor Mohammad al-Hashel said last month. Analysts polled by Reuters in September were more conservative, forecasting five per cent growth for 2012.

While Kuwait is in a fiscally strong position, with 13 consecutive years of budget surpluses, economists and policymakers have said the government’s expenditure on salaries and benefits is not sustainable in the long run.

The heavily oil-reliant economy could face problems if there is a steep drop in the price of crude oil, they say.

Last month, the central bank unexpectedly cut its key discount rate by 50 basis points to two per cent, aiming to bolster the banking sector and support the economy after keeping the rate on hold since February 2010.

Analysts have said, however, that while the rate cut would help trim borrowing costs for businesses, it was not going to be enough to kick-start bank lending without a lasting solution to the political crisis.