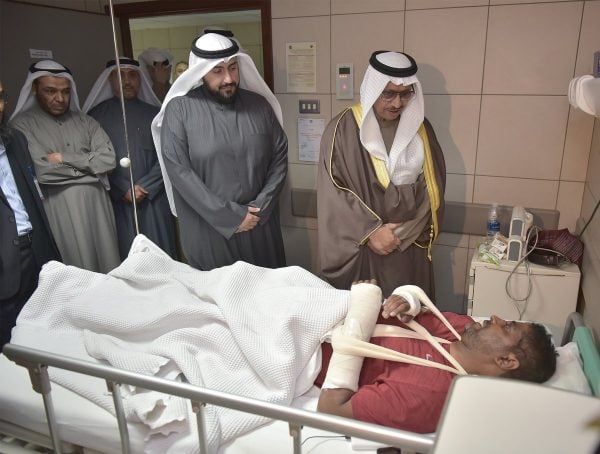 Kuwait has launched an investigation after 40 Omani football fans were injured while celebrating the sultanate’s Arabian Gulf Cup win, the Public Authority for Sports (PAS) said on Saturday.

The fans plunged to the ground after a glass barrier shattered at the finals at Kuwait City’s Jaber Al Ahmad International Stadium on Friday, January 5.

This followed the Omani national team’s sealing of its second Arabian Gulf trophy after beating the UAE in a penalty shootout following a 0-0 draw.

The majority of those injured have now been released from hospital and air tickets and accommodation are being provided to those that missed their flights home, according to KUNA.

PAS director general Homoud Flaiteh said an investigation had been launched into the circumstances surrounding the incident.