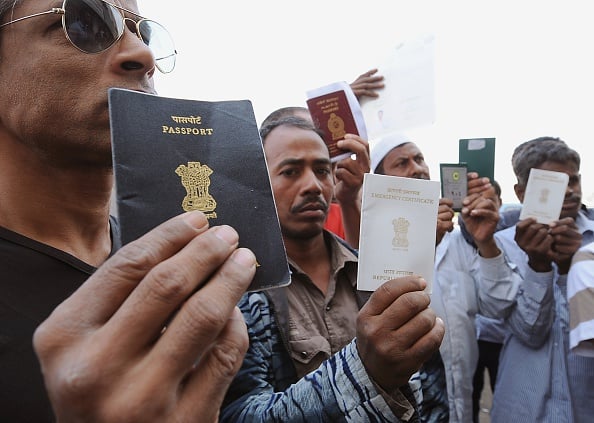 Kuwait’s Ministry of Interior has extended an amnesty period for illegal residents as thousands of Filipinos prepare to leave the country.

The amnesty, allowing workers staying in the country illegally to leave without paying fines, was originally due to expire on February 22 after coming into effect on January 29.

Prior to this the most recent full amnesty where residency violators did not have to pay fines was in 2011.

The extension comes as the Philippines prepares to repatriate up to 10,000 of its citizens staying in Kuwait illegally.

Kuwait Times reports that 610 Filipinos left on Tuesday alone after Philippine President Rodrigo Duterte promised free charter flights to his citizens following a series of labour abuses including the case of a maid, whose body was found in a freezer.

The Philippines has enacted a total ban on its citizens from coming to Kuwait for work but Filipinos already in the country are free to stay if they are happy with their treatment from employers.

Duterte has been invited to Kuwait next month to help resolve the issue as the two countries prepare to sign a labour agreement.

The Philippine foreign affairs department had said around 10,000 Filipinos staying in Kuwait illegally would leave under the amnesty.

Officials at the embassy told Kuwait Times yesterday that 2,500 had left so far and a further 2,500 wanted to leave.

“We have applications pouring everyday and we hope they will be cleared soon so they can go back home,” Philippine ambassador to Kuwait Rene Villa was quoted as saying. “From our side we want all Filipinos staying illegally to avail of the amnesty.”

Villa called for further assistance from Manila’s Philippine Overseas Labour Office (POLO) after several officials were recalled from the country in light of the gruesome finding of Joanna Daniela Demaflis’ body two weeks ago.

It had reportedly remained in the freezer of a Kuwait apartment for more than a year after her employers left the country in November 2016.

Last week, assistant labour attaché to the embassy’s POLO, Sarah Conception, was reportedly recalled after inaction when Demaflis’ family asked for help when they couldn’t contact her.

Two other officials were asked to return on Monday night, according to Kuwait Times.

The extended amnesty will allow more Filipinos to leave the country, with 80 to 100 said to be arriving at the embassy each day.

Local reports indicated 50,000 violators had benefitted from the amnesty during its initial period, although this is still significantly less than the 130,000 illegal residents estimated to be in the country

Residency violators that participate can leave the country through any port without getting permission from the authority or paying any penalties.

The extension means the amnesty will now end on April 22.