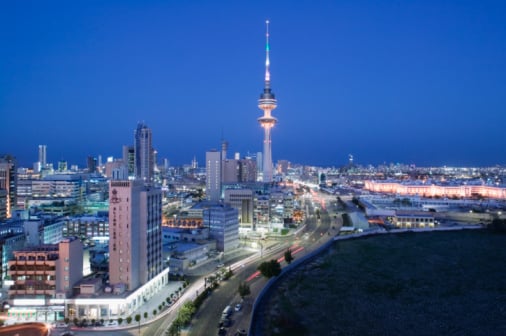 Saudi Arabia’s unprecedented rejection of a U.N. Security Council place has pushed the world body into uncharted territory, but fellow Gulf nation Kuwait is emerging as an early front-runner to fill the seat.

With 10 weeks until Saudi Arabia’s term on the 15-member Security Council was due to start – on Jan. 1 – U.N. diplomats do not appear to be in a rush to fill the vacancy and some are hoping Riyadh might still change its mind.

“One waits to see what will happen,” British U.N. Ambassador Mark Lyall Grant said on Tuesday.

The Arab group of countries at the United Nations urged Saudi Arabia on Saturday to reconsider its decision to renounce the rotating seat on the council in protest at the body’s failure to end the war in Syria and act on other Middle East issues.

Saudi Arabia’s decision on Friday to turn down the two-year term has diplomats and officials scratching their heads over what formal notification is needed to begin the process of deciding an alternative candidate.

“There is no agreed procedure because this is the first time that it has happened,” said French U.N. Ambassador Gerard Araud. “It will be done in a few weeks I think. It will take time.”

The Security Council is dominated by its five permanent members – Britain, China, France, Russia and the United States – which have veto power over its decisions.

To ensure diversity, the council’s 10 elected members are made up of three members from Africa, two from Asia-Pacific, one from Eastern Europe, two from the Latin American and Caribbean group, and two from the Western European and others group. Five are chosen each year to serve two-year terms.

Arab states are split between the Asia-Pacific and African regional blocs and there is an unofficial deal that at least one Arab nation is always represented on the Security Council.

“They would be a good candidate, but it’s for them to decide,” Russian U.N. Ambassador Vitaly Churkin said.

Another senior U.N. diplomat, who is from a country in the Asia-Pacific group, described the Kuwaiti U.N. Ambassador Mansour al-Otaibi as “very keen” on the idea. Otaibi did not immediately respond to a request for comment.

Two senior Asia-Pacific U.N. diplomats, however, suggested that because of the unusual circumstances, Saudi Arabia might not necessarily be replaced with another Arab country.

“There is much speculation on what might happen,” said one of the diplomats, speaking on condition of anonymity. “Other Asians have also expressed interest.”

Diplomats say that a replacement chosen by the Arab states would need to get the backing of the Asia-Pacific group and then gain approval from two-thirds of the 193-member U.N. General Assembly, like other Security Council members.

In 2006, the Latin American and Caribbean group chose Panama as a replacement candidate after Guatemala and Venezuela – who were rivals – both failed in repeated rounds of voting to win two-thirds of the General Assembly votes to secure the seat. The two countries withdrew to break the deadlock and allow a compromise candidate.

Like Saudi Arabia, Kuwait is a Sunni Muslim country that opposes Syria’s mostly Alawite Muslim government, but it is less active on Syria than Riyadh. Kuwait does not fund or arm Syrian opposition groups, although Kuwaiti individuals do.

Saudi Arabia’s U.N. ambassador, Abdullah al-Mouallimi, declined to comment further on Tuesday on his country’s decision, but told the Security Council during a debate on the Middle East that it was failing on Syria.

He said minimal action by the council has allowed Syrian President Bashar al-Assad “to calmly move forward aware that your august council will not be able to counter it and protect its citizens.”

“If the council does not take the requisite measures this could risk transforming the situation in Syria into an issue on which the council will have meeting month after month, year after year while Syrians continue to die,” Mouallimi said.

Saudi Arabia has threatened a rift with the United States in part over what it sees as Washington’s failure to take action against Assad and its policies on Iran.