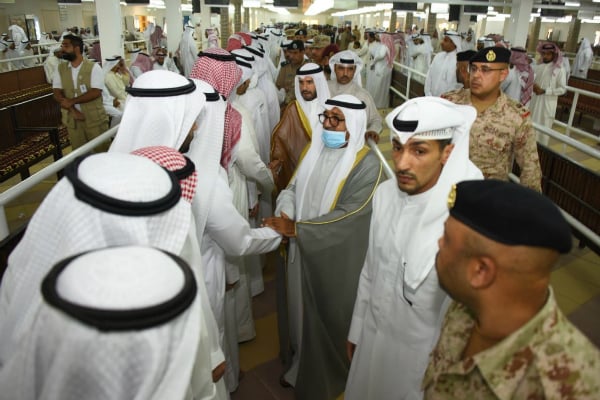 Kuwait’s deputy prime minister and defence minister on Saturday ordered the formation of an investigation committee after the deaths of two cadets at Ali Al-Sabah Military College.

The student officers, Hadib Al-Swarij and Falih Al-Azmi, passed away at the college on Wednesday.

Sheik Nasser Sabah Al-Ahmad Al-Sabah instructed army chief of staff lieutenant general Mohammad Al-Khader to detain a number of officers, non-commissioned officers and trainers at the college to investigate their involvement in the incident.

A committee comprising members of the Ministry of Justice, Military Justice Commission and Ministry of Health will investigate the deaths and previous fatalities at the college and its airforce counterpart the Ahmed Al-Jaber Air College, according to state news agency KUNA.

Sheikh Nasser said he would follow up on the investigation personally and hold individuals accountable if any negligence was proven to be involved.

It is understood the official left the country late Saturday to continue his medical treatment abroad having returned to take part in the funeral of the two officers.