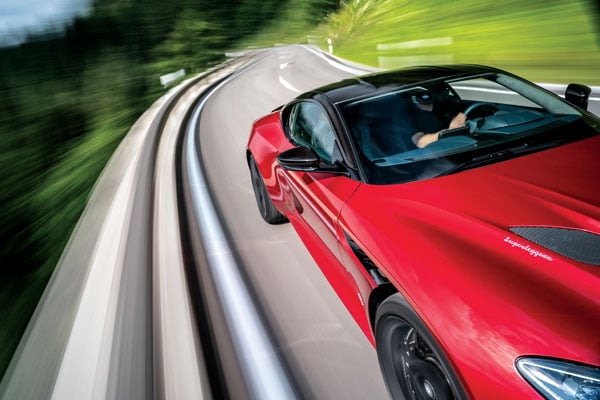 Luxury British carmaker Aston Martin has cut the upper end of its initial public offering price range to GBP20 per share, giving it a potential market value of up to GBP4.6bn ($6bn), following mixed feedback from investors.

Aston Martin had initially set a range of GBP17.50 to GBP22.50 per share, but said on it Monday it had narrowed this to GBP18.50 to GBP20 and that it had enough bid interest to cover all the shares being sold at this level.

“Feedback was mixed,” said one person familiar with the deal saying investors were worried about the execution of the roll out of new models but were impressed by the management.

“Bottom of the range is the only level that might work.”

Bankers say that IPOs generally need twice as many bids as shares on offer to be successful.

Several multi-billion European IPOs got off to a cautious start last week when crowd-lending platform Funding Circle traded down on its debut while Swiss packaging company SIG Combibloc booked gains.

On Monday, German brake systems maker Knorr-Bremse also said it had attracted bids for all shares on offer in its initial public offering planned for later this month.

Based on around 57 million shares being sold, a free float of 25 per cent, the listing would give the company a market capitalisation of up to around GBP4.6bn.

Depending on where it prices within the range, Aston Martin may just make it into the FTSE 100 after its flotation and will be the first car maker in the blue-chip index since Jaguar.

The company is selling around 25 per cent of its stock in the first IPO by a British carmaker for decades.

The flotation follows a sale of shares by its main owners, Kuwaiti and Italian private equity groups.