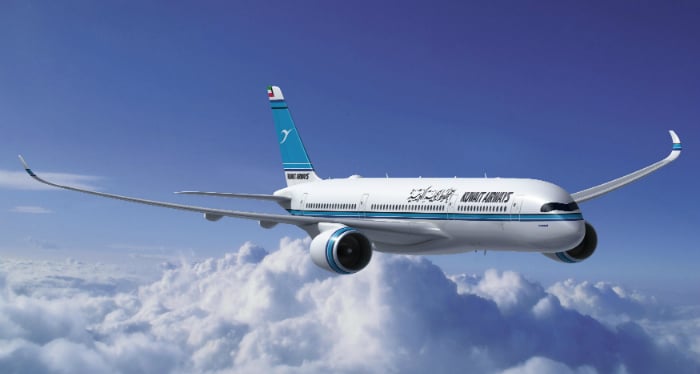 Kuwait Airways is heading into an expansion phase which will include partnerships, following a restructuring plan that helped it cut losses, an executive at the state-owned airline said on Tuesday.

“We’re looking at partners … that would give more access and passengers,” he said, saying agreements could go beyond code shares, whereby airlines extend networks by selling tickets for flights operated by partners, and vice versa.

In November last year, Kuwait Airways agreed to purchase 10 Boeing 777-300s which it will start receiving in November 2016. Some of these will be used to replace retiring aircraft, while others will be used for expansion on long-haul routes.

The airline may also exercise options to purchase five more planes. Kuwait Airways has made firm orders for Boeing 777s, Airbus A320neos and A350s and has options to buy more.

With an expanding fleet, the carrier has recently added 50 flights. It now has about 32 aircraft and is looking at long-haul destinations on all continents as part of its growth plan.

Al-Awadhi also said the expansion of the flight network might include routes that will not go through Kuwait but fly between other countries, a practice which requires so-called fifth-freedom rights.

“From 2018 it will be long-haul point-to-point … if you have the right freedoms, it doesn’t have to be from Kuwaiti market,” he said.

Kuwaiti authorities will next month negotiate bilateral agreements for new routes the airline will launch, he said.

Limited capacity at Kuwait International Airport has been a challenge for the carrier and its plans but the national carrier will move to a dedicated terminal by April 2017 to support its growth over the next five years, al-Awadhi said.

Kuwait announced plans for a KD 1.312bn ($4.4bn) terminal that would lift airport capacity to 25 million passengers annually, but it has been hit by delays after a re-tendering process.

Construction of the dedicated Kuwait Airways terminal, with a capacity of four to six million passengers a year will start next month.

A long-debated privatisation plan stalled after the government revised plans that would have allowed a strategic investor to buy up to 35 percent of the airline.

Parliament is expected to vote in the coming months on the new plan under which the government would retain 75 per cent with the rest for Kuwaiti citizens, airline employees and retirees.