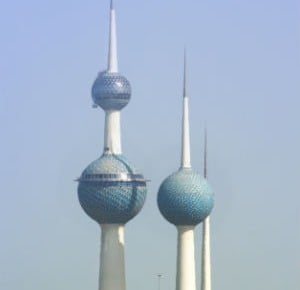 OPEC member Kuwait plans to more than double the portion of state revenues it puts into a rainy day fund, mostly from oil, to 25 per cent this fiscal year, the state news agency said on Monday.

Kuwait’s cabinet has asked the finance ministry to make the change in the budget for the year ending in March 2013, news agency KUNA said. It was not clear whether the increase would extend beyond the current financial year.

The move is thought to be aimed at investing state money more efficiently although the government has not disclosed a specific reason for the increase.

Kuwait, one of the world’s richest countries per capita and a major oil producer, currently puts 10 per cent of its annual revenues into the Future Generations Fund, a nest egg for when oil runs out. The fund was set up in 1976 and is managed by the Gulf state’s sovereign wealth fund, the Kuwait Investment Authority (KIA).

The fund invests outside Kuwait and all of its investment income is reinvested.

“This order came after discussing a number of issues related to economic affairs and the situation going forward,” Finance Minster Nayef al-Hajraf said, according to KUNA.

Kuwait booked a record budget surplus of KD13.2 billion ($47 billion) in the fiscal year that ended in March thanks to robust oil income and lower spending than planned.

“This move shows the state is aware of the need to put financial surpluses into reserves rather than having increases in salaries and handouts,” former finance minister Bader al-Humaidi told Reuters.

More than half of Kuwaiti nationals are under 25, according to 2009 figures from the Public Authority for Civil Information.

A long-running political crisis has held up investment in the tiny Gulf state, especially in large infrastructure projects, allowing the budget surplus to grow. A KD30 billion ($107 billion) development plan aimed at boosting and diversifying the economy has stalled.

The political crisis revolves around a row between the elected parliament and the appointed government led by the Al-Sabah ruling family.

The government also grappled with strikes by public sector workers earlier this year, who had called for pay hikes of more than 25 per cent.