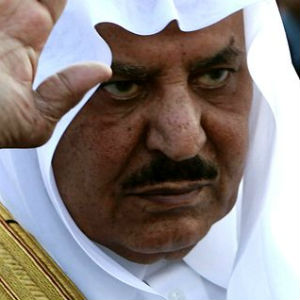 Mecca’s Great Mosque, Islam’s holiest place, was lined with members of the al-Saud ruling family and leaders of Arab states as an imam led the sunset prayer next to the body of Nayef, who died on Saturday.

Among the mourners was the man most likely to be named as successor: Prince Salman, 76, who is seen as more likely to continue the 89-year-old King Abdullah’s cautious economic and social reforms than the conservative Nayef.

The world’s top oil exporter is locked in regional rivalry with Shi’ite Iran, which it suspects of fomenting unrest among its Shi’ite Muslim minority and in allied Gulf Arab states.

Saudi Arabia is also struggling with entrenched youth unemployment and wary of the threat posed by al Qaeda in the Arabian Peninsula, based in neighbouring Yemen, which has plotted attacks against the kingdom and sworn to topple the ruling al-Saud family.

The appointment of a new crown prince is not likely to change the kingdom’s policies in the short term but might influence the course of reforms started by King Abdullah.

“We call on God to help King Abdullah choose the right person who can bear the burdens of this position at this difficult time we face, both at the level of the Arab nation and that of the Islamic community,” Prince Mishaal bin Abdullah bin Turki al-Saud told Reuters.

Salman, who is seen as a pragmatist with a strong grasp of the intricate balance of competing princely and clerical interests that dominate Saudi politics, was named defence minister last year.

Although most analysts believe it is highly likely Salman will be named as heir, King Abdullah may choose to activate the Allegiance Council, a body he set up in 2006 to supervise succession decisions after his death.

While the Allegiance Council will not formally start to operate until after King Abdullah’s death, the monarch last year chose to put his nomination of Prince Nayef to the body before his choice was announced.

“There will be a meeting where the next crown prince will be decided. It has always been done in an orderly and organised manner. Prince Salman fits the profile in many ways,” said Khaled Almaeena, editor-in-chief of the Saudi Gazette.

Saudi television showed the ambulance carrying Nayef’s body arriving at the great mosque in Mecca, with the body, wrapped in a brown shroud, carried inside by his sons and other close family members.

The range of mourners sitting near King Abdullah, including the head of Egypt’s military council, General Mohamed Hussein Tantawi, and leaders of Gulf Arab countries, the Palestinian authority and Lebanon, demonstrated Saudi Arabia’s influence in the Muslim world.

Analysts say the most difficult decision in the succession will be when the line of Ibn Saud’s sons is exhausted and a grandson must be chosen as crown prince.

Grandsons with the experience and qualifications to rule include Prince Khaled al-Faisal, the governor of Mecca province, who is 71, and Prince Mohammed bin Nayef, the deputy interior minister, who is 52.

“We have seen Abdullah make pretty hard-headed decisions, unsentimental decisions, about family jobs. He chose Nayef over eight (other) living princes. He has shown that age and seniority give way to competence and appetite for the job,” said Robert Lacey, author of Inside the Kingdom.