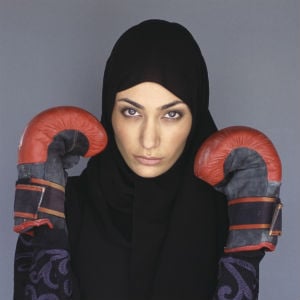 Saudi Arabia has agreed to send female athletes to the Olympics for the first time this month just hours after reports suggested only men would be sent to compete.

The Kingdom has put forward Wodjan Ali Serag Abdulrahim Shahrkhani, who will compete in the judo +78kg category, and Sarah Attar, a runner.

The agreement comes after extended talks between the International Olympic Committee and the country following months of debate as to whether the Gulf-state would send female competitors to London.

IOC President, Jacques Rogge, said: “This is very positive news and we will be delighted to welcome these two athletes in London in a few weeks time.

“The IOC has been working very closely with the Saudi Arabian Olympic Committee and I am pleased to see that our continued dialogue has come to fruition.”

The announcement will quell recent demands from human rights groups who urged the IOC to ban Saudi Arabia from competing in the games while they refused to acknowledge their female athletes.

“The IOC has been striving to ensure a greater gender balance at the Olympic Games and today’s news can be seen as an encouraging evolution,” added Rogge.

The decision means that all countries competing in London this summer will be represented by both male and female athletes.

Saudi Arabia is one of only three countries to never have sent female athletes to an Olympic event, alongside Brunei and Qatar. The latter two confirmed earlier this year that they would include women in their delegations this year.

The two Saudi athletes, invited by the IOC, were entered by the Saudi Arabian Olympic Committee by the official deadline of 9 July.