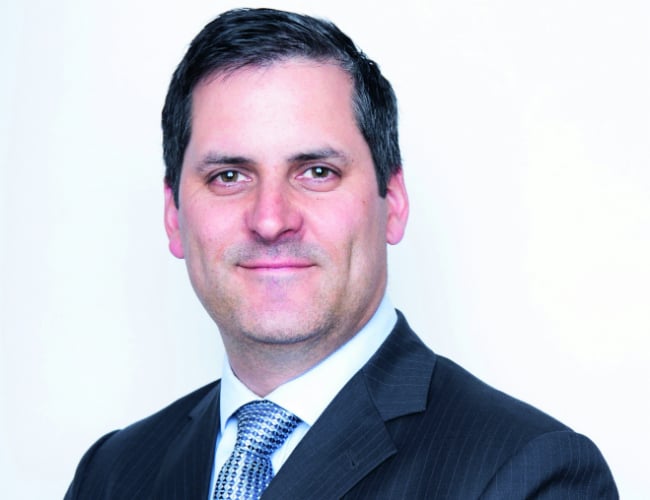 In many ways the UAE ’s healthcare system is booming. Factors including the growing population, a shift in age-group distribution and the growing prevalence of lifestyle diseases are expected to push the healthcare market in the country to grow 12.7 per cent annually from 2015 to 2020 to reach $19.5bn, according to Alpen Capital.

But while this may be good news for healthcare companies, rising healthcare costs, instances of overprescribing and increasing rates of obesity and diabetes are presenting their own challenges for businesses and the economy.

It is against this backdrop that Neil Buckley, CEO of King’s College Hospital London – UAE, is seeking to make his mark on the national healthcare industry and address some of its key challenges.

‘Whatever we do, it’s about ‘does it add benefit to the patient’. We won’t overprescribe and we won’t over diagnose,” he says of the company’s approach to the market.

“It’s about value and therefore in doing that we hope in our conversations with corporates and insurers that this will give them an assurance their healthcare spend is being optimised.”

The 100-bed site, due to open in January 2019 at Dubai Hills, will add to an existing Medical and Surgery Centre the institution opened in Abu Dhabi in partnership with Al Tayer in 2014 and a recently opened clinic in Dubai’s Jumeirah area. These will be joined by another clinic in Dubai Marina in May next year.

Through this footprint, Buckley believes there is many lessons the institution, which dates back to 1840, can transfer to the local market when it comes to evidence-based care, particularly following the results of a survey of 1,964 UAE patients its recently commissioned.

The poll, conducted by Kantar Millward Brown, found that 32 per cent of UAE patients felt they were overprescribed and 20 per cent believed the healthcare industry had turned into a business.

As a sign of the problem, Buckley points to the different ways institutions in the country treat a suspected chest infection – a condition that will often not be bacterial and require little more than hydration and rest for recovery. However, some hospitals and clinics are authorising painkillers, antibiotics, decongestants, blood tests and even an inhaler to treat patients, he says.

“This is a very basic example, it’s not inventing fantasy procedures, but the price differential on those things is vast and if you apply that across the nation for all chest infections you’re talking about billions of dirhams.”

“That’s money that could otherwise be spent on things like cancer care and cardiology care and stop companies having to restrict coverage, increase co-pays restrict networks and those kind of things. So that’s really where simple things can make a big difference.”

Buckley is using this promise not to “overprescribe or over diagnose” as a key part of the firm’s message as it prepares to expand its primary and tertiary care operations in the coming months and years.

And he believes the company has its own unique role to play in helping the UAE achieve its Vision 2021 goal of providing high quality medical services and a world-class healthcare infrastructure.

King’s UAE is aiming for 30 per cent of its staff to have UK experience and has exceeded this in senior management where 90 per cent are UK trained. Beyond this, the organisation also plans to bring experts to the region to carry out complicated or specialist treatments that will mean less Emiratis and foreign residents have to travel abroad for treatment.

Dubai Health Authority alone recorded 1,994 patients that travelled abroad for treatment last year at a cost of Dhs623m ($169.6m) or Dhs312,300 ($85,000) per patient. Of these, 7.6 per cent travelled for cardio surgeries, 16.5 per cent for orthopaedics, 17.2 per cent for neurology and 21.8 per cent for oncology, representing many of the areas where King’s will be focussing its efforts.

The hospital’s programme has already begun with Dr Marco Sinisi, a world expert in peripheral neurology and pioneer in peripheral nerve injury, visiting King’s Abu Dhabi facility to check on 16 patients. He will later return to conduct surgery on up to five.

“Some of those would have left the country but now they’ll stay. This gives an example of some of the novel techniques that can be brought in through our relationship with King’s,” says Buckley. 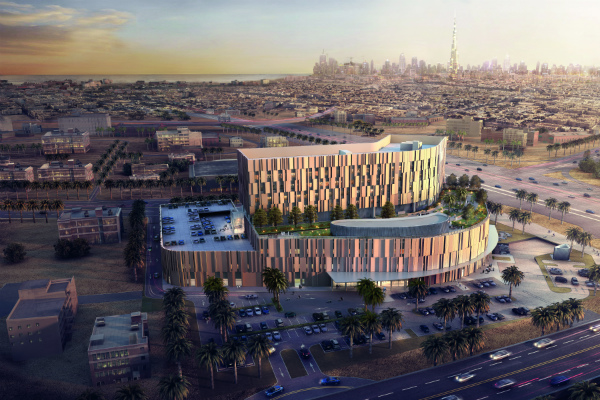 Others including Dr Bu Hayee, the pioneer of a new endoscopic technique that reverses some forms of diabetes for a period of 18-24 months, will also be visiting the region in the future and professor Nigel Heaton, a world leader in liver transplantation, will conduct his first clinic in October as part of a living-related transplant programme for children.

On top of these more complex procedures, King’s UAE is also turning its attention to some of the most pressing health issues facing the country.

Obesity is costing the economy $6bn a year, according to consultancy McKinsey, with a 2013 study by the University of Washington’s Institute for Health Metrics and Evaluation estimating 66 per cent of men and 60 per cent of women in the emirates fall into the overweight or obese categories. This comes on top of a 19.3 per cent diabetes prevalence rate among adults, costing an estimated $2,155.9 per person, according to the International Diabetes Federation.

“It’s trying to turn it from a sickness service into a wellness service,” says Buckley who describes the “sin tax” of 100 per cent on tobacco products and energy drinks and 50 per cent on soft drinks introduced this month as “the right thing to do” given the statistics.

“You need to encourage people to act in the right way so they don’t get sick,” he adds.

“One of the reasons we’re starting with the medical centres before the hospitals is because that’s where it starts, so getting into the prevention, the disease management earlier on.

“23 per cent of population are not diabetic yet but if they don’t correct their diet and exercise or whatever else they are going to move into that diabetic framework.”

On top of these interactions, the organisation is also keen to utilise King’s teaching heritage from London. In September the company had a senior peripheral nerve surgeon visit Abu Dhabi to lecture 30 surgeons and it is hoping to host a neurosurgical course in partnership with London Neuroscience Academy in November.

Talks are also in an advanced stage with the Royal College of Surgeons, for which Buckley is a patron, to run a course in Dubai potentially in collaboration with a medical school in Dubai Healthcare City.

As this work continues, the firm has its eyes firmly fixed on the future. It will soon begin a recruitment drive through adverts in the British Medical Journal and at job fairs in Dublin, Edinburgh and Manchester with the aim of filling any vacancies ahead of the hospital’s opening. Rotational posts for consultants in endocrinology and other specialist areas from King’s in London are also being discussed.

“The kind of people we’re trying to attract are senior clinicians with good experience, so consultant level within the UK’s National Health Service, but if you look at salaries from outside of central London it is pretty much comparable we’re not having to bust the bank too much.”

The company could also soon be expanding its recruitment operations even further amid plans for a second phase of the Dubai hospital that will double its size, add 100 beds and a radiology and theatre suite by 2020.

“On top of that we have aspirations for at least two more medical centres, we’re looking at various locations around Dubai and potentially outside in other emirates to expand into. That’s still very much our intention and the site is configured to allow for that expansion,” Buckley says.

And as we close our interview it is clear the CEO may not stop there as he strives to bring a new standard of healthcare to the region.