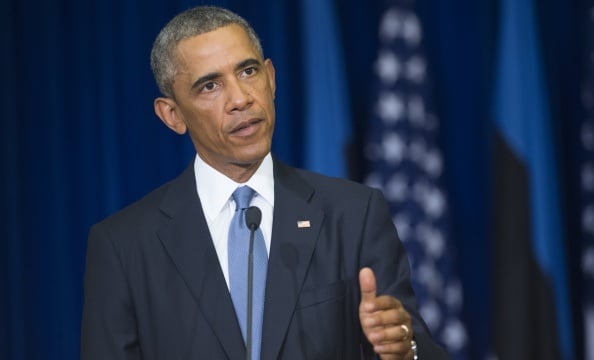 The Saudi king’s absence from a regional summit to be hosted by President Barack Obama shows how Gulf states, displeased by what they see as U.S. indifference to Iranian meddling in the Arab world, may hesitate to bless any nuclear deal with Tehran.

Analysts and diplomats in the Middle East described King Salman’s decision to skip the meeting at Camp David this week as a snub, despite denials from U.S. officials and some Saudi insiders.

Riyadh announced the monarch’s no-show on Sunday, only two days after the White House had said he would attend the summit of Gulf Cooperation Council (GCC) states – some of which have long doubted Obama’s commitment to confronting Iranian backing of Shi’ite Muslim militias across the region.

The leading Gulf Arab power has complained for years that Washington does not take its concerns seriously. It thinks a focus on settling the dispute over Tehran’s nuclear programme has distracted the United States from more urgent problems.

“The conspiracy theorists of old have been proven right. The U.S. creates threats for us and then offers us more weapons systems. That does not bode well for us,” said Sami Alfaraj, a Kuwaiti security adviser to the six-nation GCC.

The Saudis fear Obama sees a settlement between world powers and Tehran as his legacy. Such a deal on the nuclear programme – which the West believes may be aimed at building weapons despite Iranian denials – could lift international sanctions without taming the country’s regional ambitions, they think.

Backing from the GCC – made up of Saudi Arabia, Kuwait, Qatar, Bahrain, the United Arab Emirates (UAE) and Oman – is important for Obama to show Congress that the Iran deal has broad regional support, despite Israeli opposition.

Salman expressed guarded support for a framework nuclear agreement reached last month, but insists any accord must be robust, verifiable and no threat to Tehran’s neighbours.

Saudi insiders are worried that by easing sanctions on Tehran, Iran will have more scope to back the proxies that Riyadh opposes across the Middle East.

Secretary of State John Kerry has tried to reassure the Gulf states that Washington will not accept a bad nuclear deal, saying the Camp David discussions would flesh out commitments that will create “a new security understanding” with the GCC.

However, these gestures may not have won over the Saudis. “Their experience of six years from Obama is assurances, promises, nice words. But at the end of the day they got nothing in their hands,” said Mustafa Alani, an Iraqi security analyst with close ties to the Saudi crown prince’s Interior Ministry.

He said Riyadh regarded U.S. support for the Yemen campaign, which included intelligence sharing, logistics and expediting weapons deliveries, as a quid pro quo for Saudi blessing of an Iran deal, which both sides are aiming to complete by June.

But Abdulkhaleq Abdulla, a political scientist in the UAE, underlined the regional doubts. “We still think deeply that Iran is a destabilising force and with the nuclear deal it is going to be even more destabilising. So I think fundamentally we – the GCC and the U.S – are not on the same page anymore,” he said.

The decision to send Mohammed bin Nayef and Mohammed bin Salman may simply be aimed at accelerating a move towards a new generation, said Jamal Khashoggi, general manager of al-Arab television station.

“Saudi Arabia understands America is important and wants to continue working with it, especially at this time. We are undergoing a major reconstruction effort in the region that requires American support,” he said.

Some diplomats in the region believe the absence from Camp David of King Salman and close ally King Hamad of Bahrain, host of the U.S. Fifth Fleet, may backfire.

A Saudi decision in 2013 to vacate a seat on the United Nations Security Council that it had spent years seeking, followed by a leak of angry comments about Washington by then spy chief Prince Bandar bin Sultan, failed to change U.S. policy.

“Of course it (Salman’s non-appearance) is a snub. But I don’t think Obama is going to put up with this. He wants the nuclear deal. It is the number one priority,” said a Western diplomat based in the region.