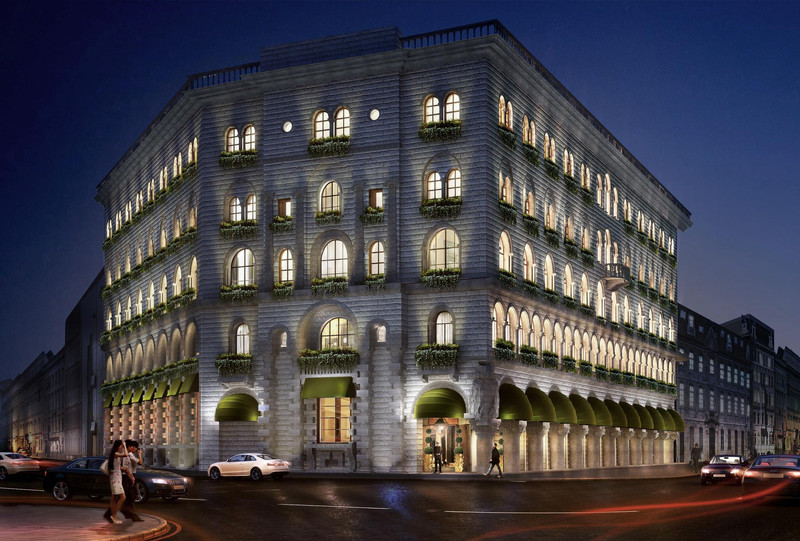 Jumeirah Group has signed a management agreement with IFG Basis Proect LLC to manage a luxury hotel on Nevsky Prospect in St. Petersburg. The 74-room hotel, currently under development, is expected to open within the next three years.

It will be developed within the structure of Wavelberg House, a building of national cultural importance built in 1912, which stands on the corner of Nevsky Prospect and Malaya Morskaya Street, close to the Hermitage and around 30 minutes from the city’s Pulkovo airport.

The interior design by The Gallery, HBA London office, preserves many of the original features of the building, including its distinctive façade and marble floored banking hall.

Alongside 18 suites will be three bars and restaurants, meeting facilities, a spa and rooftop hydrotherapy pool and prestige retail space fronting onto Nevsky Prospect.

Ilya Sokolov, Director General, IFG-Basis-Proect, said demand for high-end luxury hotel accommodation in St. Petersburg is strong and it is confident that this new property “will capture the imagination of discerning travellers coming to the city”. Four Seasons opened up in St. Petersburg in July.

Gerald Lawless, President and CEO of Jumeirah Group, said given the popularity of Jumeirah’s hotels and resorts in Dubai among Russian visitors, the time was right to introduce the brand to Russia. Unconfirmed reports circulated last year that Jumeirah has also won a contract to manage the Tsarev Sad apartment hotel near the Moscow Kremlin.