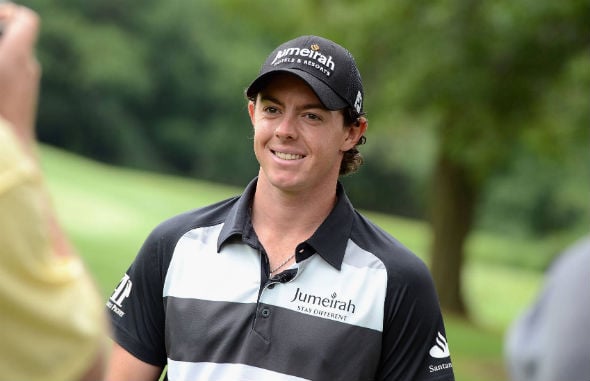 Jumeirah Group has announced it is not renewing its five-year sponsorship deal with Rory McIlroy, the world’s number one golfer.

Amid rumours the Northern Irish golfing star has signed a new lucrative deal with Nike, the Dubai-based hotel and resort group has said it was a joint decision to part ways.

Jumeirah became one of McIlroy’s first corporate sponsors when he was aged just 18.

The golfer, who won the Race to Dubai in 2012 and the end of season DP World Championship event, has also cut ties with his other sponsors including FootJoy and Titleist as Nike look to become his sole sponsor.

McIlroy said: “Jumeirah became my first corporate sponsor when I turned professional back in 2007, and I would like to thank everyone at the company for their support in helping me become the player I am today,” he said in a statement.

“I have enjoyed five very exciting and successful years with Jumeirah and will always have great memories of my time with the company. Celebrating my first professional win at the 2009 Dubai Desert Classic with the Jumeirah team was a particular highlight.”

Gerald Lawless, president and group CEO of Jumeirah, said: “We are extremely proud of Rory’s rise to the number one spot with Jumeirah as his principal sponsor since he turned professional. He has been a tremendous ambassador for our brand both as a consummate golfing professional and as a young man with a great future ahead of him.

“We wish him continued success and we will continue to share a passion for his achievements and to welcome him in each of our hotels.”

Robbie Greenfield, editor of Golf Digest Middle East, said: “Jumeirah showed amazing foresight to sign Rory McIlroy as soon as he turned pro aged 18, and what an amazing five years they have had with him.

“Through his involvement with the company Rory will always have strong links with Dubai, particularly the Dubai Desert Classic, where he achieved his first victory as a pro in 2009.”