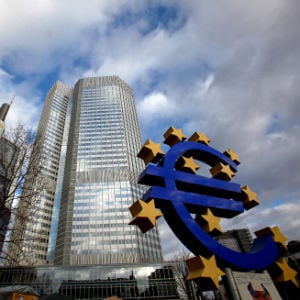 The severe crisis in Europe is certainly behind us, according to Stefan Hofer, head of Emerging Markets Research at Swiss bank Julius Baer.

“The orderly restructuring of Greece’s debt has diminished the chance of any dangerous threats that we were previously facing,” he said in an exclusive interview.

“What’s happened is that with the supportive measures from the Europe Central Bank (ECB), we have bought ourselves time. In six to nine months, or one year, it has given Europe more time to address the weakness in the institutions that brought us to this point in the first place,” he said.

But although the frightening outcomes have been dealt with, a lot of work needs to be done to rectify and balance the economies, Hofer said. “We will see more in the coming years,” he added.

An intensified European debt crisis would deeply affect the Middle East and North African region because it would depress oil prices and affect the close trade and tourism links between the two regions, the International Monetary Fund (IMF) said recently.

The IMF calculated that a reemergence of the European crisis would reduce growth in the region by 3.25 per cent, which it said was “the largest spillover effect for any region outside Europe”.

Oil exporting countries in the Middle East have increased their spending on social programmes after the Arab spring, making them reliant on high oil prices. Hence, even a relatively small fall in the oil price due to a worsening crisis in Europe could create budget deficits in some of these countries according to the IMF.

According to Hofer, the crisis in Europe has caused a massive change in the attitude of investors towards emerging markets.

“International investors have started to look at countries [in Europe] and have started using language which was exclusively reserved for developing countries,” he said.

For instance, expressions like ‘debt instability analysis’ were earlier reserved for countries like Argentina and Venezuela, but are now being used in the context of European nations as well, explained Hofer.

This indicates a strong investor shift towards emerging markets since they recognise that government finances are more solid in some of these countries, he said.

While each investor’s portfolio is tailored specifically to their needs, in a pure equity neutral portfolio Julius Baer currently suggests an allocation of around 12 per cent to emerging markets.

In terms of countries, Hofer said that for the next three to six months, they are very bullish on Taiwan.

“Taiwan is exciting because 70 per cent of the stock market is dedicated to IT. Exports of Taiwanese tech products had declined to key markets in Europe and Japan, but there has been a recovery now and they are doing much better. In tandem, profits of IT companies, which had also suffered, are now turning back,” he explained.