Jordan And Morocco To Join The GCC? - Gulf Business 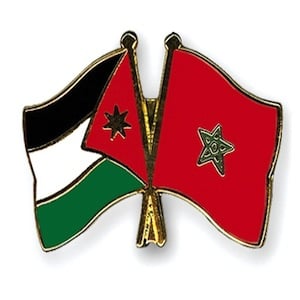 Will the six GCC countries become seven, or even eight? Meetings at foreign minister level held in Jeddah last month brought closer the possibility of Jordanian – and Moroccan – membership of the GCC over the next decade, but a time-scale for formal accession has not yet been clarified.

The GCC has announced that it will set up specialised committees to look at the question of Jordan and Morocco’s membership, while the council has unveiled a five-year economic development assistance programme for the two monarchies and Jordanian Foreign Minister Nasser Joudeh confirmed that Jordan’s formal membership request was submitted on 10 September.

“Jordan requested to join and the GCC initially accepted, based on the last summit in Saudi Arabia in May,” said Riad Kahwaji, security expert and CEO of Inegma (the Institute for Near East & Gulf Military Analysis). “No one had any idea about admitting new countries, while the two countries that were interested in joining the GCC were Yemen and Iraq. Both have not been admitted.”

According to a report published in the Kuwait Times in August, there is far from unanimous opinion for Jordan’s bid to join the GCC. “The attitude of GCC states’ governments towards Jordan’s application to join the Gulf bloc seems to vary from country to country, with some, such as Saudi Arabia and Bahrain, welcoming the move, and others like Kuwait and Qatar expressing reservations on the idea,” the paper said. “Oman and the UAE, meanwhile, have wholly rejected the idea of Jordan’s becoming a member, although they were initially supportive of it.”

Jordan applied to join the GCC in the eighties and again in 1996, while Morocco’s enthusiasm for membership is said to be tempered by distance and the desire to stand on its own two feet. Both countries would welcome the economic benefits of joining but the advantages to existing GCC members are less clear, despite the clear potential benefits of fellow Middle Eastern and Arab monarchies broadening the base of the organisation.

Kahwaji says the original news about Jordan’s bid to join the GCC was a complete surprise to some of the [GCC] states. “What is understood so far is that this was a Saudi initiative to include the Jordanians, and to invite Morocco to join. In principle, this was not a comprehensive effort; it was more or less unilateral [by the Saudis] and pulled the rest on board in support. Nevertheless we have seen the GCC leadership feel compelled to join in inviting the Jordanians, while many officials in their circles remain hesitant, suspicious, and even disapprove of the idea.”

“It is not clear why the GCC invitation was made. Jordan had made the request years ago and it was ignored for a while. The Arab spring did help but no one is sure why,” said Jordan-based journalist and commentator, Daoud Kuttab. “Some say that GCC countries wanted the use of Jordan’s security and intelligence service. Others say it was a way of creating a royal club of monarchies.”

It is too early to say what kind of membership Jordan will be offered if its bid is successful. “Jordan is more interested in the… economic opportunities and not so much in full or partial membership,” said Kuttab. “Jordan’s interests are economic, while the GCC’s are political and security-related.”

The apparent lack of homogeneity between Jordan and the GCC has led to concern in Amman. “[Accession to the GCC] is a big worry for many liberals. It has even become the butt of jokes questioning when Jordanians will have to wear the dishdash and hijab,” Kuttab said.