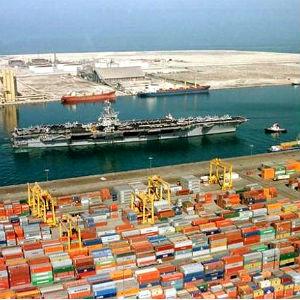 The early redemption of the sukuk certificates was expected after the company, a unit of state conglomerate Dubai World, secured agreement from bondholders to change the terms of the notes last month.

The sukuk was refinanced through a $1.2 billion sharia-compliant loan, along with a new sukuk issue of $650 million and the company’s own cash resources.

The timely repayment of JAFZA’s sukuk was a major investor concern this year, but early redemption has helped lift confidence in the emirate’s credit story, as demonstrated by a strong rally on Dubai sovereign and government-related bonds last week.

As a result Fitch Ratings Agency has upgraded JAFZA’s long-term issuer default rating from B to B+.

“The rating reflects the fact that JAFZA-based company activities are one of the significant contributors to Dubai’s economy, currently accounting for approximately 21.1 per cent of Dubai’s GDP, and the fact that they represent a key driver for the development of the trade and transport industries in Dubai,” said Bashar Al Natoor, director of Fitch’s EMEA corporates team in Dubai.

“JAFZA maintains a diverse portfolio of land tenants in terms of industry sector and geographic base segments. Its top 10 customers represented around 10.4 per cent of total leasing revenue and the top customer represented less than three per cent of the leasing revenue as of 31 December 2011. However all of JAFZA’s operations are based in Dubai which entails a high concentration risk,” Al Natoor added.