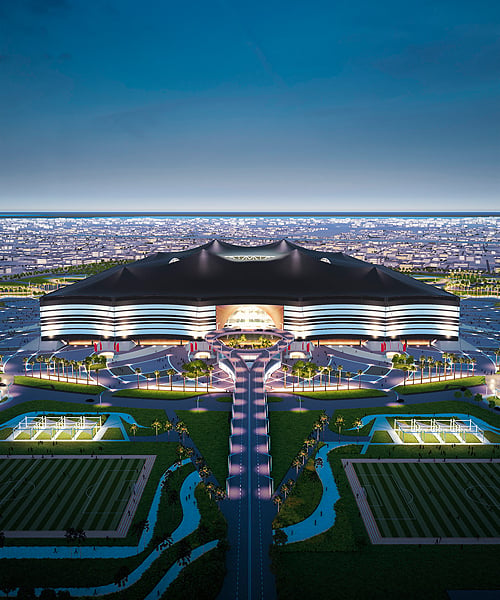 Italy-based Salini Impregilo Group has confirmed that it has won an $859m (770m euro) contract to construct one of the stadiums for the 2022 FIFA World Cup in Qatar.

The company, in a joint venture with Galfar and Cimolai, will build the Al Bayt stadium in Al Khor, a city about 50km north of the capital Doha, it said in a statement.

The contract breakup includes 716m euros for construction and over 53m euros for operation and maintenance.

Under the deal, the group will complete the stadium – spread across 200,000 square meters with the capacity to accommodate 70,000 spectators – by September 2018.

The contract also includes the construction of an auxiliary building for security and the administrative sections and a center that will house the electromechanical and distribution side.

The stadium’s design is reportedly inspired by the Bayt Al Sha’ar, the black and white tent traditionally used by nomadic people in Qatar, seen as symbol of hospitality for desert travellers.

The stadium will also provide “ideal climatic conditions” for both for the players and for the spectators, the statement said.

The project will use modern construction techniques and environmentally friendly and low energy impact advanced materials to remain sustainable, it added.

The Salini Impregilo joint venture beat competitors from France, Austria, India, and Asia in an international competition – which lasted several months – to win the deal.

The project was awarded by the governmental foundation Aspire Zone, responsible for the development of sports infrastructure in the country.

According to Qatari officials, the World Cup tournament will take place in seven host cities and 12 stadiums, nine of which are being built specifically for the occasion.

Tournament organisers have also planned to build stadiums with modular elements, so that a total of 170,000 seats will be removed from nine stadiums and provided to developing nations to help develop their sports infrastructure.

“As many as 22 new stadiums will be created in emerging economies, and this reconfiguration will leave Qatar with stadiums between 20,000-25,000 seats, which are suitable for its domestic entertainment needs,” a statement on Qatar’s e-government website says.