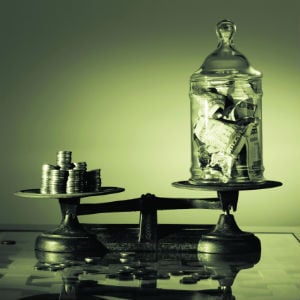 Asset growth within GCC Islamic banks is expected to outpace that of conventional banks, with Qatar posting the fastest asset growth in the region, according to credit ratings agency Standard and Poors (S&P).

However, the profitability of Sharia-compliant lenders is narrowing, said the firm.

“Not surprisingly, Islamic banks continue to grow faster than their conventional banking peers and the most important reason is the very significant state support and stimuli,” said S&P analyst Timucin Engin.

“This theme of converging returns is here to stay, particularly as the Islamic banking industry becomes more mature and a larger portion of the overall banking universe in the GCC,” said Engin.

“Certain Islamic banks prior to the crisis had this business model where they had visible contribution to revenues from non-core banking items.

“Given what happened during the crisis, this kind of revenue is no longer there or its potential contribution has come down significantly and this shows in the results of certain Islamic banks.”

Prior to the onset of the 2008 financial crisis, Islamic banks invested in non-core banking activities such as property and capital markets, both of which took a hit as land prices plummeted and stock prices sunk. But the asset structure of Islamic banks is changing.

“We believe we will observe a relative and gradual lower weighting of non-core assets in the balance sheets of certain GCC banks. Also incoming regulations, such as Basel III, increasingly penalise banks in terms of having non-core banking assets on the balance sheet,” said Engin.

“Given the nature of Islamic banking in the Gulf, real estate is an important asset class, so potentially we will see that particular relationship there, but we expect it will be less visible.”

Asset growth of Islamic banks in Qatar is expected to exceed Islamic peers in other Gulf states due to strong government backing and high state spending on infrastructure.

“You see that the regulator disallowed conventional banks to operate through Islamic windows around two years ago to provide a level playing field so to speak between the Islamic players and conventional players,” said Engin.

“When the government-related entities come to market to finance some of their projects and specifically for Qatar, we see these entities ensure to structure a very reasonable portion of this funding in a Sharia-compliant structure so that the country’s Islamic banks can attend these facilities.”

S&P is forecasting Qatar’s Islamic banks will grow over the next five years, reaching an asset base of $100 billion by 2017, up from $54 billion at the end of 2012, which would place Qatar as the third-largest Islamic banking market after Saudi Arabia and the UAE.

The growth in Qatar is mainly due to government policy rather than its Islamic structure.

“The performance of the banks in the Gulf seems to be driven more by country- specific conditions than the business design, for example Sharia-compliant versus conventional banking model,” said Engin.

Islamic banks in Qatar currently represent a quarter of the country’s banking system in terms of assets, up from 13 per cent in 2006, according to S&P.