Is This The iPhone 5? - Gulf Business 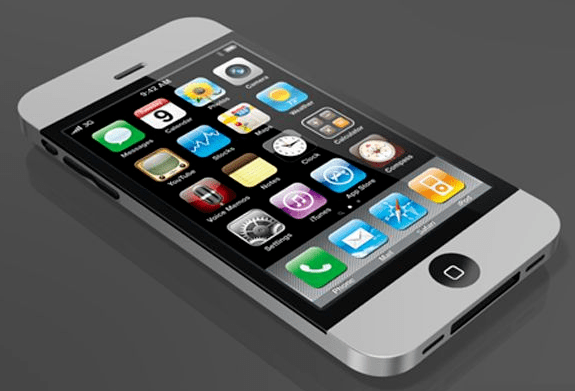 Apple, after being awarded $1.05 billion, has now filed a motion that asks for the outright withdrawal of the infringing Samsung smartphones from the US market. The hearing is set for 20 September, so the rumoured 21 September release date for the iPhone 5 seems plausible, with the launch set for 12 September.

Leaked photos of the iPhone 5 indicate that it may have a screen size half an inch greater than that of its predecessor, giving the phone a square four-inch diagonal. That’s an inch smaller than some people were expecting. In addition, the iPhone 5 is supposedly only 7.6mm thick, which is 18 per cent thinner than the iPhone 4S. The iPhone 5 also appears to have a smaller 18-pin dock connector, which means buying new peripherals or an adaptor to use it in current docking stations. US mobile operators are stockpiling nanoSIMs, so the iPhone 5 SIM trays are probably smaller than the previous microSIM options.

Rumours based on more leaked pictures indicate that the iPhone 5 will have slightly increased battery capacity. A new speaker configuration with larger grilles and a centred FaceTime camera also appear possible.

In July, Apple acquired AuthenTec, a company that specialises in security systems such as fingerprint scanners. Pair this with a mysterious chip that could support near-field communications, and it becomes plausible the iPhone 5 will provide mobile payment solutions.

Performance-wise it is highly likely that a quad-core processor will debut in the new iPhone 5 and that it will be equipped with 1GB of RAM. Tech gurus are expecting an A6 CPU to make the iPhone 5 lightning fast and that it will be 4G LTE, the wireless standard that makes downloads whip fast. The iPad 3 was all about resolution, so that supports rumours the iPhone 5 could jump from 960 by 640 to 1136 by 640.

Then again, experience has shown that the above could be totally wrong. Last year we were expecting the iPhone 5, instead we got the 4s.