Is the GCC set to see more startups in the space sector? - Gulf Business 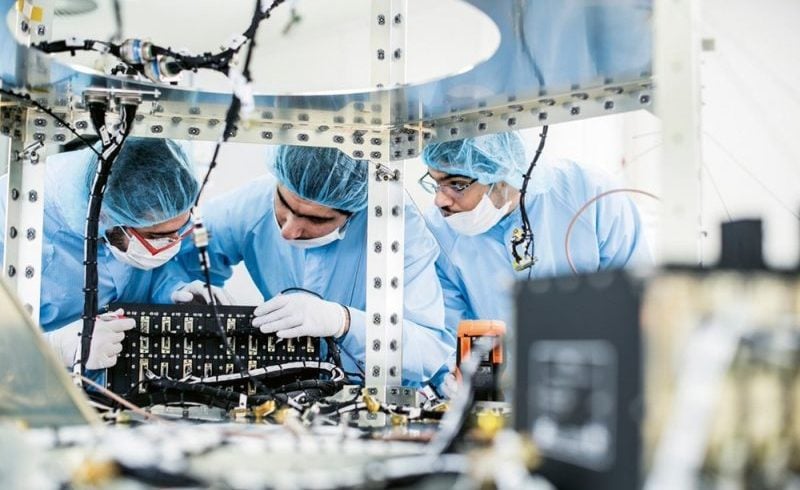 It was a moment that made the entire Middle East – and wider Arab World – proud: at precisely 2:59 p.m. Gulf time on October 3, Hazzaa Al Mansoori returned to Earth after eight days aboard the International Space Station (ISS), fulfilling a dream of Sheikh Zayed bin Sultan Al Nahyan, founder of the UAE.

Among the numerous achievements on Al Mansoori’s orbital mission: becoming the first Emirati to go to space, and the first Arab to visit the ISS.

The mission also highlights the enormous resources the UAE has poured into its space programme – and continues to invest as it seeks to help humanity reach the stars. In the past two years alone, UAE investments in space have exceeded Dhs22bn, leading to the establishment of 57 space-related entities and the creation of 1,500 jobs, according to a report from Emirates News Agency (WAM).

Much of that spending has been governmental – but there’s also been support for startups. Some of that has come in the form of open competitions to encourage the best startup talent to come forward. For instance, last year the Mohammed Bin Rashid Space Centre’s (MBRSC) Innovation Challenge gave $60,000 to the top three out of 15 finalists.

Simply going to space is not enough for the UAE – there are also ambitious initiatives such as establishing a human colony on Mars by 2117. But before that, a probe is planned to be sent to the Red Planet in 2020 as part of the Hope Mars Mission. Should the probe make it to Mars (by 2021, coinciding with the 50th anniversary of the founding of the UAE), it’ll be the first sent by an Arab country.

All these initiatives mean plenty of opportunity for startups – and again, they also require enormous amounts of financial investment and investment in new technologies.

There’s a track record of successful investment in the space industry in the UAE, too. Mobile satellite operator Thuraya was founded in the country in the 1990s. They were acquired by another UAE-based satellite company, Yahsat, in 2018 – creating one of the world’s largest satellite companies. Back in 2009 Aabar Investments (an Abu Dhabi-based fund now part of Mubadala Investment Company) invested about $280m in Virgin Galactic for what was then about a one-third stake in the company. Since then, there have reportedly been talks about one day basing one of Virgin Galactic’s SpaceShipTwo sub-orbital vehicles in the UAE.

Of course, numerous other nations in the region – and near to the region – are also reaching for the stars, with Saudi Arabia and across the Arabian Sea in India being just a couple of examples. In Saudi Arabia, the push has created opportunities for companies such as satellite firm Taqnia Space. They’ve developed a technology that allows for people on flights flying over Saudi Arabia, regardless of airline, to access high-speed wifi networks on smartphones and other devices.

As the regional and worldwide space race heats up – already it’s been decades since the US and Russia were the only nations pouring resources into studying and attempting to colonise the cosmos – the question becomes just how crowded the competition will become. But more competition should – at least if basic business realities are anything to go by – mean more opportunities for startups to not only enter space, but to truly shoot for the stars. Or, at the very least, to scale up to stratospheric heights.