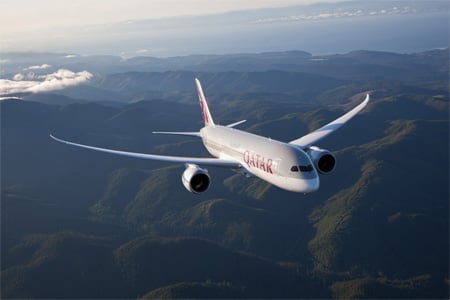 Boeing’s 787 Dreamliner has been hogging headlines ever since it was announced in 2004, and invariably, it has been for the wrong reasons.

Pre-launch, the long-bodied aircraft faced numerous delays, and the first plane was delivered over three years later than schedule to launch customer Japan’s All Nippon Airways (ANA) in 2011.

Since then, airlines operating the Dreamliner have reported a spate of issues including fuel leaks and battery fires. [Pictures: Timeline Of Boeing 787 Dreamliner Problems]

In January this year, all the 787s in operation were grounded due to problems with the plane’s lithium-ion battery, and were only given regulatory approval by the US Federal Aviation Administration to restart operations from May. The grounding of the 787s cost ANA and Japan Airlines a combined total of more than 22.5 billion yen ($230 million) in revenue.

However, earlier this month, an Ethiopian Airlines-owned 787 caught fire when parked at Heathrow, and Qatar Airways was forced to ground one of its 787 planes due to minor glitches.

But despite its gamut of faults, customers are not losing confidence in the 787, asserts aviation analyst Saj Ahmad.

“To call the 787 “doomed” is nothing short of sensationalist and in my view rather absurd,” he stated.

“The Ethiopian Airlines 787 that caught fire due to the faulty ELT could have happened on any airplane. ELT’s are in thousands of jets and it was just sheer misfortune that the fire was on a 787. I wonder how much of a media-melee there would have been if it was an A380 or 747 for example? Hype and hysteria follow the 787 and a major shift and reality check is needed.”

Qatar Airways, one of the 787’s major buyers, has also publicly supported the beleaguered aircraft.

“I really do believe it [the Dreamliner] is one of the safest planes and the battery problem will not happen again, and even if it did, it would be very limited and not affect safety.”

US-based Boeing is also getting ready to launch the stretched 787-9, which is expected to take off on its maiden flight in a few weeks.

“Glitches on new jets are common – not all flight testing can unravel them since airlines operate the same type of airplane in different ways and the 787 is no exception,” explained Ahmad.

“The 787 has only been in service under two years – once it has more deliveries, more operators and more critical mass behind it from airlines to deal with potential glitches, it will become a more efficient machine than it is already. It is a tremendously advanced yet equally if not more safer airplane than its predecessors if only because of the intense scrutiny it has faced,” he added.

Wide-bodied aircrafts such as the Dreamliner and the Airbus A380 continue to generate intense media scrutiny because of the new technologies they bring to the market.

But Ahmad warns that perspective is needed.

“The world’s media could gain a lot from staying away from inane-headline grabbing phrases that are out of touch with the 787s amazing technological suite.

“Or if the media is intent on covering every inch of the 787, they should equally talk about other jets like the A330, which in the last few months has had an equally if not greater number of serious failures including an engine explosion,” he stated.