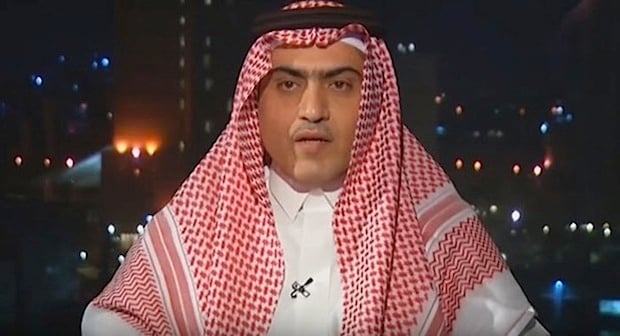 Iraq asked Saudi Arabia on Sunday to replace its ambassador in Baghdad after his comments about Iranian involvement in Iraqi affairs and the alleged persecution of Sunni Muslims angered local Shi’ite Muslim politicians and militia leaders.

The request by Baghdad’s Shi’ite-led government underscores the depth of enmity between Sunni and Shi’ite regional powers as sectarian conflicts rage in Syria, Yemen and Iraq.

Riyadh only reopened its embassy in Baghdad in December after keeping it shut since the 1990 Iraqi invasion of Kuwait.

Thamer al-Sabhan was the first Saudi ambassador appointed since the reopening, which was seen as heralding closer cooperation in the fight against Islamic State militants who control swathes of territory in Iraq and Syria and have claimed bombings in Saudi Arabia.

“The presence of Sabhan is an obstacle to the development of relations between Iraq and Saudi Arabia,” Iraqi Foreign Ministry spokesman Ahmed Jamal said in comments to al-Aahd, a TV channel that belongs to Iranian-backed Shi’ite militia Asaib Ahl al-Haq.

He tweeted that the ministry was “asking its Saudi counterpart to replace the ambassador of the Saudi Arabian Kingdom in Baghdad.”

Iraqi Shi’ite politicians and militias have made persistent calls to expel Sabhan, who has been calling on the Iraqi government to exclude Shi’ite paramilitary groups from its military campaign against Islamic State in order to avoid abuses against Sunnis in Iraq.

The Iraqi foreign ministry denied on Monday that a plot to kill the envoy had been uncovered.

In recent days, Sabhan repeatedly spoke of a “terrorist plot” to assassinate him after a Shi’ite militia leader, Aws al-Khafaji, said in an interview with a local Iraqi channel that killing the envoy would be an “honour.”

Sabhan, responding to messages expressing solidarity with him after the Iraqi announcement, tweeted: “I am a servant of this (Saudi) leadership which is seeking to assist the truth and the well being of Muslims, may God preserve it.”

In an interview on the Dubai-based, Saudi-owned Al Arabiya TV station, he said Saudi Arabia’s policies on Iraq would not change.

“We have a very amicable relationship with Iraqi politicians that the media does not depict,” he added.