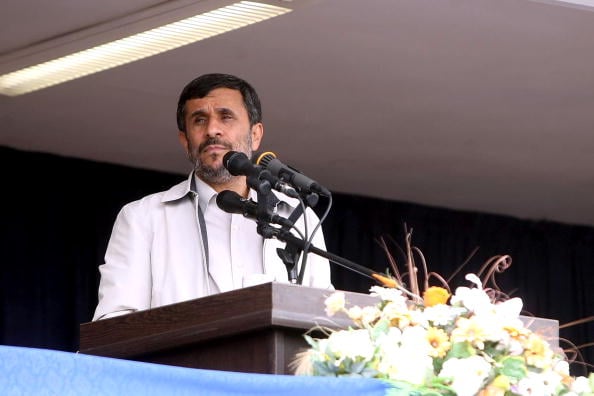 Mahmoud Ahmadinejad will not run for president in next year’s Iranian election, he said on Tuesday, bowing to the wishes of supreme leader Ayatollah Ali Khamenei who warned his candidacy would increase divisions in Iran.

“In carrying out the intentions of the leader of the revolution, I have no plans to take part in the elections next year,” Ahmadinejad said in a letter to Khamenei, published on his website dolatebahar.com.

Ahmadinejad, a hardliner who increased Iran’s international isolation by refusing to negotiate about its nuclear programme, had not announced a re-election bid, but several speeches in recent months had prompted speculation of a political comeback.

By ruling himself out, he has removed one potentially serious challenger to President Hassan Rouhani’s bid for a second term at May’s election, although he is still likely to face a challenger opposed to his policy of detente with the West.

Khamenei, who has the final say in all matters of state, was quoted on Monday as saying Ahmadinejad’s candidacy would polarise society and “create … divisions in the country which I believe is harmful”.

Ahmadinejad was first elected president in 2005. His disputed re-election in 2009 prompted the biggest street protests in the Islamic Republic’s history and a security crackdown in which several people were killed and hundreds arrested.

Iranian law bars a president from seeking a third consecutive term. But Ahmadinejad would have been able to run again after the gap caused by Rouhani’s term.

“I will proudly remain a modest soldier of the revolution and a servant of the people,” Ahmadinejad said.