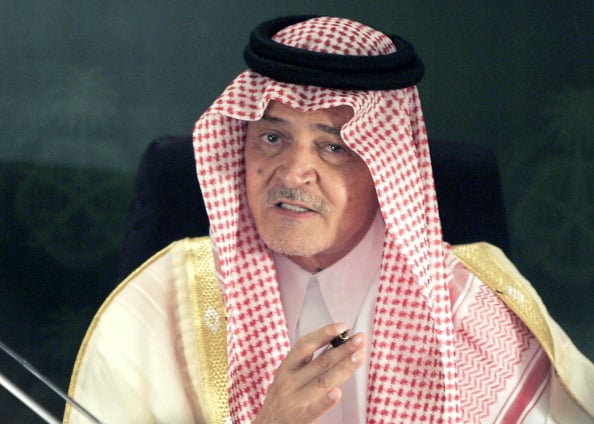 Iran’s deputy foreign minister will visit Saudi Arabia on Tuesday for the first bilateral talks between the Middle East’s most intractable Muslim rivals since Iran’s political landscape shifted in 2013, media in both countries reported.

Shi’ite Muslim Iran and Sunni Saudi Arabia are enmeshed in a struggle for influence across the Middle East and they support opposing sides in wars and political disputes in Iraq, Syria, Lebanon, Bahrain and Yemen.

But both Riyadh and Tehran welcomed this month’s nomination of Haider al-Abadi, a Shi’ite, as prime minister-designate of Iraq, which is battling militants of the Islamic State who have seized swathes of that country in recent months.

Riyadh had long seen Abadi’s predecessor, Nouri al-Maliki, also a Shi’ite, as being too close to Tehran.

Riyadh officials were not available to comment, but Saudi-owned satellite news channel al-Arabiya said the Iranian minister would arrive on Tuesday for talks.

In another bout of regional diplomacy on Monday, Iranian Foreign Minister Mohammad Javad Zarif met senior Iraqi Shi’ite clerics who played a key role in the country’s political crisis by urging Maliki to step down.

“The significance of Abdollahian’s visit to Saudi Arabia is that it coincides with efforts to form a new government in Iraq. It also coincides with Zarif’s tour of Iraq, his second since becoming foreign minister,” said Mohammad Ali Shabani, an Iran analyst based in Tehran.

IRNA said Abdollahian was scheduled to meet Saudi Arabia’s Foreign Minister Prince Saud Al Faisal to discuss bilateral issues, in the first such visit since the election of Iranian President Hassan Rouhani in 2013.

One of Rouhani’s first official comments after being elected was a pledge to improve ties with the Islamic republic’s Gulf Arab neighbours, but mutual suspicion has persisted.

“It is very important for Iran and Saudi Arabia to talk because they both play a role in the region,” said Abdullah al-Askar, head of the foreign policy committee on Saudi Arabia’s appointed Shoura Council, which advises the government on policy.

“But we have to talk to tell them frankly about our reservations about their meddling in Syria and Iraq and Yemen and elsewhere. Iran now is trying to back all these sectarian groups and trying to shake the ground underneath regional countries,” he added.

Prince Saud said in May he had invited Zarif to visit the kingdom for talks, but Iran later said the invitation was only to participate in a wider Islamic meeting and that the minister could not attend.