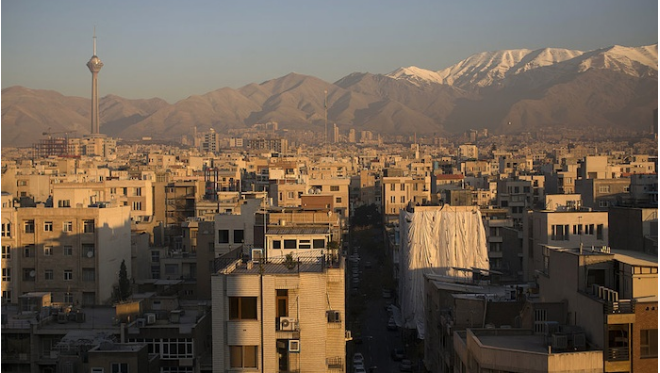 Despite the recent upbeat statement from Iran’s vice president for executive affairs Mohammad Shariatmadari that the Islamic Republic is re-establishing brokerage ties with 450 foreign banks, the nation’s re-integration into the global economy is likely to proceed at a glacial pace.

Indeed, hopes that the world’s major banks will follow the lead already taken by smaller institutions and swiftly re-engage with their Iranian counterparts, are likely to be stymied in the short term for reasons of political and economic expediency.

An indication of the likely speed of the re-integration process came in a June statement from The Financial Action Task Force (FATF) – the global standard setting body tasked with money laundering oversight and combatting the financing of terrorism (AML/CFT).

Welcoming Iran’s “adoption of, and high-level political commitment to, an Action Plan to address its strategic AML/CFT deficiencies, and its decision to seek technical assistance in the implementation of the Action Plan” the FATF confirmed it would suspend counter-measures for 12 months in order to monitor Iran’s progress in its implementation.

It added that if Iran meets its commitments under the Action Plan in that time period, the FATF “will consider next steps in this regard”.

But it cautioned that if it’s determined Iran hasn’t demonstrated sufficient progress in implementing the plan by the end of this period, the counter-measures will be re-imposed.

The Iran nuclear deal, an international agreement on the nation’s nuclear programme, between Iran and the P5+1 (UN Security Council permanent members and Germany) plus the EU, came into force in January this year.

Yet drill down into the agreement and it will be seen that while there has been a relaxation of bans on certain Iranian foodstuffs imported into the United States, as well as US export of civilian aircraft and parts to Tehran, restrictions have remained in place regarding dollar processed transactions with Iran through the US financial system.

Until a recent clarification from the US Treasury this had potential implications for MENA-based institutions with a US investor presence and would require due diligence to ensure those institutions didn’t inadvertently break US sanctions.

Given a sanctions breach can lead to sizeable fines, possible criminal penalties and likely reputational damage, this has become a very real issue.

The US Treasury Department re-iterated last month that non-US banks could conduct dollar trades with Iran so long as those transactions don’t pass through financial institutions in the US.
While this may not have signalled any major change in the US stance the new rules now allow for deals with entities in Iran not under sanctions, even if the entity concerned is minority owned/controlled by someone who is on the sanctions list. This is a crucial point, especially if foreign companies carrying out dollar transaction outside the US system have long-established presences in the US, for example, and are concerned about their operations there.

Whether this assuages the fears of non-US banks/businesses considering doing business with Iran remains to be seen, especially given many executives still believe dollar transactions will, at some point, pass through the US financial system.

Typifying Tehran’s frustration over recent months has been the agreement between Iran Air and Boeing in June to purchase 80 passenger aircraft.

While the US government had already issued a general licence for aircraft sales to Iran, deals can only be issued with export licenses on a case-by-case basis, a situation the US House of Representatives sought to exploit when it voiced its opposition to the Boeing deal. That deal was eventually signed-off in September, however.

Against this backdrop, the World Bank, in its October 2016 economic outlook for Iran, expects the Iranian economy to grow at an annual average rate of 4.6 per cent in the 2016-2018 period.
Over the medium term (2017-2018), it adds, “investment is likely to play a much larger role in generating growth on the assumption that new investment deals currently being negotiated will materialise, and financial linkages with the rest of the world will be restored”.

Inflation meanwhile is expected to fall to single digits (8.6 per cent) in 2016 for the first time since 1990 as a result of lower commodity prices and easing import costs. But they could edge higher in 2017-2018 should oil prices recover.

Elsewhere, the fiscal balance is projected to improve by 1.2 percentage points to -0.4 per cent of GDP in 2016 as a result of an expected surge in oil export volumes and a parallel increase in non-oil revenues.

By 2017-2018, Iran is expected to move into surplus. “The current account surplus should start improving in 2016 and reach 4.1 per cent in 2018 as increased energy exports more than offset the rise in imports stemming from lower trade costs and increased domestic consumption,” the bank added.

In the meantime, Iran’s President Hassan Rouhani signed into law in July a long-awaited banking overhaul plan aimed at pushing through major reforms in the nation’s banking sector.

The 10-point plan, includes “active management of the interbank system, reinforcement and allocation of the banking network resources, balancing the reserve requirement of commercial banks; rating banks based on their performance and supervising the performance of beleaguered banks,” according to Amin Investment Bank, citing the CBI.

In addition, it calls for a reorganisation of unregistered lending institutions, increasing the capital of private banks, reducing non-performing loans, merging, reforming and dissolving ailing banks and credit institutions and finally improving the oversight of banks.

Suspicions in Tehran about the US remain however. Valiollah Seif, governor of the CBI re-iterated Iran’s frustrations following a recent meeting with Brigitte Zypries, the German parliamentary state secretary at the Federal Ministry for Economic Affairs and Energy.

“Despite the clarity of the JCPOA document the Western banks still refer to uncertainties and express their worries.”

While Washington may be an easy target for Tehran, the UK’s decision to leave the EU and the possibility of Donald Trump becoming US President and tearing up the nuclear deal, pose additional and significant uncertainties.

Other options are available though. Supreme leader Ayatollah Ali Khamenei’s top adviser has made several trips to Russia in recent months, while foreign minister Mohammad Javad Zarif has made diplomatic calls to a number of African countries as Tehran looks to boost economic cooperation on that continent.

Meanwhile, the visit to Iran back in January of Chinese President Xi Jinping may yet lead to significant trade deals and an increased Chinese banking presence in the Islamic Republic.
Longer term, assuming Tehran doesn’t go back on its nuclear deal pledges, further engagement with the West remains the default necessity, whether the hardliners in Tehran like it or not.