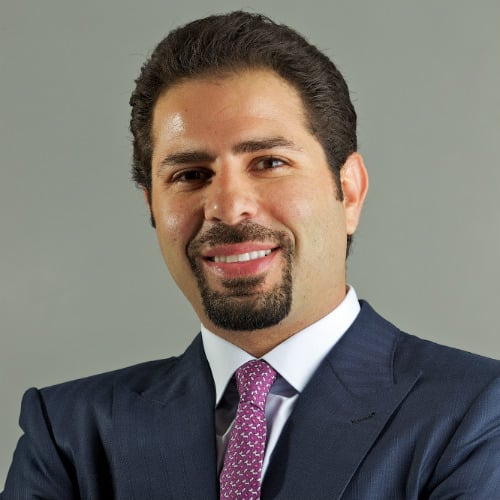 The past year has been a very fruitful one for MENA equities. The S&P Pan-Arab Composite Index recorded a healthy return of 21.74 per cent (in US dollars), well ahead of the MSCI Emerging Markets Index (-4.98 per cent). The region was also home to the second best-performing market globally (behind Venezuela) – the Dubai Financial Markets General Index – which rose a staggering 117.07 per cent (in US dollars). Meanwhile, the ADX General Index, in neighboring Abu Dhabi, also rose from unsustainably depressed levels, increasing by 63.08 per cent.

Some global macro-economic factors behind the region’s 2013 growth included the continued abundance of liquidity supplied by central banks, especially the US Fed. Moreover, many central banks globally signaled that interest rates would remain low so long as inflation was subdued. In a low interest-rate environment, we think investors’ search for extra yield certainly encouraged them to look again at MENA countries where fundamentals appeared generally strong. In addition, from May 2013 onward, the GCC currency – US dollar peg helped ensure equities in the GCC avoided much of the currency volatility experienced by some other emerging-markets during the third quarter, as talk of potential Fed “tapering” increased. In the GCC, only Kuwait does not maintain a US dollar peg, although it is pegged to a currency basket, albeit likely weighted heavily to the US dollar.

Economic growth throughout the MENA region has remained strong, thanks in part to continued efforts to diversify GCC economies away from dependency on hydrocarbons. The International Monetary Fund (IMF) forecasts oil-related growth in GCC countries to be only 0.4 per cent in 2013 and 1.5 per cent in 2014, but non-oil growth is forecast to be five per cent in 2013, rising to 5.3 per cent in 2014.

Looking ahead, we believe there is a strong investment case for MENA equities as the region continues to establish itself as a single, identifiable subset within the general emerging market universe. Thanks to the steep rise in oil prices over the past decade, the economies of the GCC have become among the richest and fastest growing in the world. Windfall budget surpluses have allowed oil-exporting governments to pay down debt and build up massive currency reserves. Consequently, their credit ratings have been converging with those of the strongest developed economies. A supportive oil price environment has also enabled pro-growth fiscal measures through record government budgets and accelerated bank lending. These factors set a positive tone for 2013, very different to conversations on austerity measures and deleveraging that echoed through much of the developed world.

Liquidity across MENA markets also improved significantly in 2013. The region witnessed strong investor inflows to the region of around $4 billion, while the same period saw net outflows of some $19 billion in the emerging markets. Moreover, equity market turnover increased more than 75 per cent in 2013 (ex-Saudi Arabia), as both local and foreign investors finally began to recognise some of the regional opportunities available.

Qatar and UAE in the Global Spotlight

MSCI’s decision to upgrade Qatar and UAE to emerging market status from frontier status in its equity indices, effective in May 2014 was a key milestone. This move bolstered the status of GCC equity markets and should attract additional portfolio flows from foreign institutional investors and passive or index-tracking investors.

Both countries seem to be gaining broader attention globally, on many fronts. Dubai was selected as the first Middle-Eastern locale ever to host the World Expo, in 2020 and Qatar will host the 2022 FIFA World Cup. The events will serve to focus ambitious spending plans that were already underway for the most part, which we believe could present potential opportunities for equity investors.

While there have been continued pockets of strife in some countries, a generally stabilising political environment has also contributed to MENA equity performance in 2013.

A Strong Macroeconomic Story in a Challenging Global Context

With the Arab Spring and many of the uncertainties it brought mostly behind us, MENA markets are finally on steadier ground to stage a long-awaited revival. The favorable 2013 performance of MENA equities supports our long-held view that the region offers one of the strongest macroeconomic stories in a challenging global context. It’s also a marked break from recent years of underperformance. The increased liquidity in the market and growing confidence in the political environment suggest local and international investors are becoming increasingly aware of the opportunities MENA equities can offer.

Despite the wide-ranging intra-regional economic, political and cultural ties, the MENA region still consists of 11 diverse countries at different stages of economic development, and with varying economic dynamics. This will continue to allow for interesting intra-regional diversification opportunities.

Investors should note that the MENA region may still harbour some potentially unforeseeable geopolitical risks. Despite that, we believe the region could continue to benefit from the ever-increasing liquidity of markets and the probability that interest rates here will remain low for some time to come. We believe the investment case for MENA equities is a convincing one, and many countries in the region appear to be on a positive long-term trajectory.

The potential for the region’s equity market is evident, when you consider that even in light of 2013’s gains, many MENA markets are still trading at historic discount levels, suggesting they continue to hold potential in an environment of sustained growth in corporate earnings.