Investing In The Future - Gulf Business 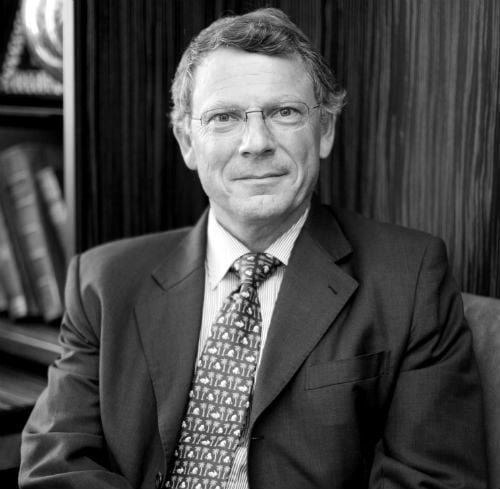 As the global economy shows signs of stabilising, there are indications that growth could start to accelerate again in 2013, especially in emerging markets. In the West things have eased; the Eurozone markets have calmed, and last-minute negotiations in the US meant the dreaded ‘fiscal cliff’ was avoided. According to ICAEW’s latest quarterly report, Economic Insight: Middle East, the region has weathered the recent storm better than most regions – robust expansion over the last two years has kept economies buoyant – but it is likely growth will start to slow.

Even so, across the Gulf Cooperation Council growth of 4.8 per cent is forecast, enough to be the envy of most developed economies. The question is for how long this can be sustained? Driven largely by hydrocarbon revenues and public spending programmes, the GCC is particularly exposed to any shock to oil prices; both new technologies and alternative sources pose a credible threat. At the same time, the region’s population has doubled since 1990 and continues to grow. This could well drive economic growth still further, but could also bring problems.

Population growth across the Middle East has been remarkable. Between 1990 and 2010, the worldwide average increase was 29 per cent, compared with 52 per cent in the Middle East, with the most dramatic increases in Bahrain, Qatar and the UAE, where populations have more than doubled already. In the UAE, the population is three times what it was two decades ago. Compared to pan-European growth of just 2.5 per cent this is clearly a major difference. It is not merely a matter of size, it is also one of age; 60 per cent of the population in the Middle East is now under 30.

This poses both an opportunity and a challenge. On the one hand, it means the region has a large potential workforce with the capacity to drive productivity. And a sizeable, productive workforce represents a significant consumer market, which will attract global trade and investment.

However, if that potential is not realised, it could mean an abundance of unemployed, especially amongst the youth.

As a whole the Middle East has the highest rate of youth unemployment in the world, with people under 24 more than four times more likely to be unemployed than older people.

This can, admittedly, be partly accounted for by the numbers of young people in higher education or further study, but it demonstrates the scale of the challenge.

Saudi Arabia, for example, has the lowest youth employment rate in the Arab world, at just over 11 per cent. And whilst job creation programmes in the public sector have helped both to arrest this problem and provide welcome short-term stimulus to the economy, it is uncertain how sustainable this is in the longer term.

Qatar is the only nation in the GCC to have below-average youth unemployment, but almost 90 per cent of Qataris work in the public sector where they can typically earn three times as much as in the private sector. Maintaining this state of affairs will mean that oil revenues (which despite the Qatari government’s commendable efforts to diversify still makes up over 50 per cent of GDP) will need to remain at or about current elevated levels, as will demand.

That governments across the GCC have recognised this delicate state of affairs is proven by programmes aimed at promoting entrepreneurialism, nationalisation of the workforce, and most importantly education.

Dubai has led the way with Emiratisation and encouraging young people into the private sector. Saudi Arabia has set out plans to increase education spending to tackle the employment problem and to build a skills base that will allow economic diversification away from oil.

Qatar is planning to spend $125 billion on construction and energy projects to create a world sporting and tourism destination. Oman has announced it will increase spending on education by 40 per cent year-on-year, and this year will create 36,000 jobs in the private sector.

The rising numbers of young people in the region indicates that serious decisions need to be made about investment for the future. For some time, governments have recognised the dangers of over-reliance on oil and have worked hard to diversify away from hydrocarbons.

But increasingly the issue will be how to encourage and enable young people into work. Moreover, employment opportunities need to be created in the private sector in order to minimise the risk of the public sector bill becoming higher and exposing national budgets to any volatility in the oil market.

This will be challenging in an environment where the private sector cannot currently offer the rewards of government work. One potential solution, as shown by the UAE, is to aim towards becoming more of a highly-qualified knowledge economy, developing young people’s skills for higher-status professional jobs.

Unlike many advanced economies, which have shrinking or ageing populations, the region has the potential to ensure the next generation can continue to build prosperity. But in order to do this the foundations must be laid now.