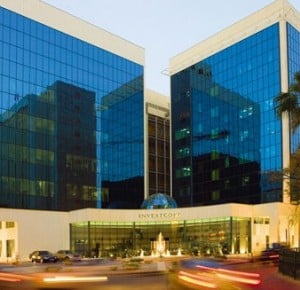 Bahrain-based Investcorp has said that its net income for the first half of the 2013-2014 fiscal year has risen by 53 per cent, owing to a growth in its core businesses.

The company recorded a net income of $60.1 million in the six months to December 2013, compared to $39.2 million during the corresponding period in 2012.

Investcorp attributed its strong performance to increased transaction activity and ongoing demand for alternative investment assets from Gulf investors as market sentiments continue to improve across all geographies.

The total enterprise value of companies and the real estate properties acquired in this period exceeded $1.5 billion, the firm said in a statement.

Investcorp’s gross operating income rose 14 per cent to reach $174.9 million in the first half of its fiscal year, while its fee income surged 16 per cent to touch $171 million.

The growth in the company’s fee income is partly reflective of an improved macro-economic environment, with recovery in the US and more stability in Europe, the alternative investment manager said.

Total amount acquired through deal fundraising in the Gulf during the period reached $446 million, up 61 per cent from the $277 million during the same period last year. The continued appetite for attractive investments that provide a balanced risk-reward profile has been key to sustaining such fundraising figures, the company said.

“In the last six months, we raised significant funds and completed deals in Europe, the US, the Gulf and most recently in Turkey, while launching new real estate and special opportunity portfolios,” said Nemir A. Kirdar, executive chairman & CEO.

He added that the company will continue to invest in its Gulf office network.