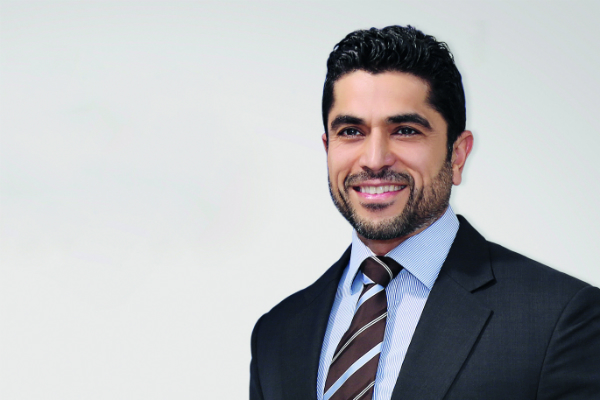 For many companies, an established international competitor with deep pockets emerging in their home turf would be a death sentence.

But for Maaz Sheikh, CEO of Dubai-based online video streaming service Starz Play, the effect has been quite the opposite.

After launching its Middle East and North Africa (MENA) service in 2015 the firm has seen its fortunes pick up in part due to the entrance of established international platform Netflix, he argues from the firm’s office in Dubai Media City.

“When Netflix first launched it was scary and intimidating because you’re dealing with a global powerhouse, but it ended up being positive for us on a few fronts,” Sheikh – who previously worked at MENA satellite broadcaster OSN – explains.

So what was it that made the entrance of a comprehensive global service a good thing?

For one thing, Sheikh – who draws parallels with Dubai-based ride app Careem and its bigger global rival Uber – says the activation of the service in the UAE in 2016 coincided with a crackdown on VPN users who were accessing Netflix’s vast US content library, forcing them instead to use its Middle Eastern platform.

“Compared to that Middle East service we’re actually a very compelling value proposition, so that’s where it helped us,” he jabs at his rival.

“When consumers compare us side by side with Netflix we actually look very good.”

He also suggests Netflix’s emphasis on its own originally produced content has left Starz to snap up shows that are universally attractive, such as US sitcom Friends and Comic book drama The Flash.

“Because Netflix has a lot more money and muscle, if they decide to focus on those shows as well then we lose the ability to bring those shows on the service. So on a net basis it’s been a positive for us.”
But the main plus the CEO highlights is that the entrance of a big name rival legitimised streaming in the region and made investors and telecoms operators take notice.

And it is the latter point in particular that Sheikh believes has allowed the platform to differentiate itself in a region plagued by low credit card penetration rates in many countries and a general lack of user trust in online payments. Starz now has deals with 14 mobile carriers in 12 countries, allowing convenient sign-up and payment options using a trusted billing platform.

As a sign of the new momentum behind the regional streaming market, Starz has seen interest from new investors, who are keen to tap into the platform’s potential.

In November last year, the company announced a multi-million-dollar investment round led by SEQ Capital Partners and Delta Partners. It has since closed another round in April 2017, bringing its total money raised since inception to $125m, with other shareholders including Lionsgate’s Starz – the US entertainment firm Starz Play is branded from – and investment management firm State Street Global Advisors.

While Sheikh refuses to disclose how much of this total was raised in the two most recent rounds, he does reveal that the new investment has given the firm new credibility in its negotiations with studios and technology partners. An important factor as it seeks to acquire new programming and grow its user base, which currently stands at more than 700,000 paying subscribers across 19 MENA countries.

Although Starz Play has a long way to go to get anywhere near Netflix’s more than 100 million global subscribers, Sheikh says it is now adding 2,000 to 3,000 new users on a daily basis, many of which have been lured by exclusive access to Western series Power, Taboo, Vikings, Ash Vs. Evil Dead and Billions.

The company is adding more new subscribers than it “originally envisioned” and the majority are from an attractive younger demographic aged under 35, he says. But it has also experienced a more challenging churn rate than anticipated. A factor Sheikh in part blames on the flexibility of its billing, with prepaid SIM customers in particular highlighted for not sticking around. 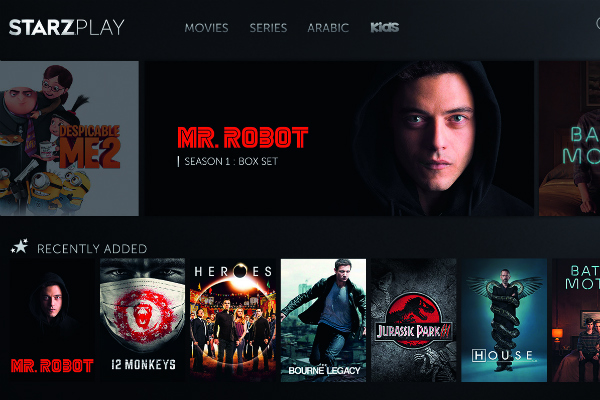 But with this said, he indicates the company is for now under no investor pressure to be profitable – even if it could potentially be so in 2018 – and is instead focussed on growth.

“No, we are not cash flow positive today. It’s certainly on our horizon but it really depends on what our shareholders feel will generate the most value for them and right now we can’t say it’s generating profit.

“It could be expansion, it could be two million subscribers in MENA, because the way investors value this business is on growth.”

Sheikh says key to pursuing this objective and competing with Netflix will be “staying ahead of the game in terms of content, programming and features”.

As a sign of this focus, Starz Play has signed agreements with US studios Fox and Universal in recent months and is in the market for more content to add to its 6,500 hours of Hollywood movies, series documentaries and children’s entertainment shows, along with 1,200 hours of Arabic viewing.

Among the most popular shows on the platform are those that it makes available on the same “day and date” as their home market, like backer Starz’s American crime drama Power.

To date, the platform has about 36 shows that air at the same time as the US or UK with another new addition to come in the form of Sky and Amazon’s upcoming Roman drama Britannia. It has also seen success with popular series from the past including aforementioned sitcom Friends and medical drama Grey’s Anatomy, and on the Arabic side with much loved television series Bab Al-Hara.

For the future, an increasing focus will be on smaller studios and production houses with agreements already in place with the top players in Hollywood. The firm is “always on the lookout and reading scripts” to find appropriate content for its diverse user base, Sheikh says, with recent examples including British drama Taboo and fantasy drama Shannara Chronicles.

Starz Play is also seeking to bring these shows to new audiences and as part of its funding commitments intends to expand beyond the MENA region into other emerging markets.

For its next move, the company is eyeing markets potentially as far afield as Africa, Eastern Europe and South Asia.

Sheikh says the firm is looking at places where pay TV services are expensive in comparison to its $7-8 a month offering and there are other favourable variables including high broadband and smartphone penetration, with the latter metric of particular importance.

This is because while many users in the UAE stream video onto their TV using Apple TV or smart TV connectivity, in other markets the main method of consumption is likely to be a smartphone, something the CEO believes his company is now a specialist in.

“We think our ability to understand and work in markets dominated by the mobile behaviour gives us a very unique advantage because most streaming services were coming from the Western experience and are still living in the large screen world,” Sheikh says.

As the firm embarks on this expansion, the man at its head says it has sufficient funding to support its business plan for now and there is no listing on the cards for the foreseeable future.

“We have a range of shareholders and shareholder views so listing is certainly an option one day but that for us is not any time soon. We’re still establishing the business and growing the business – we have a long way to go before we start looking at exit options,” he says.

But in the meantime the Starz Play CEO is keen to stress the platform is growing in popularity, with 95 million sessions across MENA in May and the site outranking Netflix in terms of site views in many MENA markets including Saudi Arabia, according to its data.

“We are tracking how Netflix is doing compared to that but we’re certainly seeing when it comes to just looking at us as an e-commerce player, forget about streaming and content, that we are one of the most visited websites in the region,” he says as we come to the end of our conversation.

And as I exit the Starz Play offices it is clear the battle for regional video streaming supremacy may be worthy of a prime time slot itself, as both players jostle for supremacy in the months and years ahead.