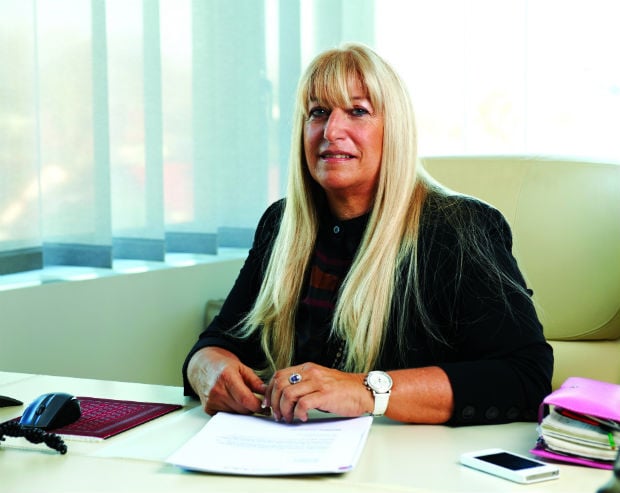 While the global economy in 2014 was again beset by geopolitical and economic headwinds, Swatch Group was one of the few watchmakers that managed to ably navigate its way through the choppy waters.

Operating margins declined to 20.1 per cent vs. 27.4 per cent the previous year – distorted by a court ordered one-off payment the Swiss watchmaker received from Tiffany for breach of contract.

Meanwhile, the Swiss National Bank’s (SNB) decision in January to scrap the exchange rate, which had capped the value of the Franc at 1.20 to the Euro – in order to protect the country’s exporters by not allowing the Franc to get too strong
– unsurprisingly stunned markets and reignited fears for the Swiss economy.

Though critical of how the SNB’s decision was communicated, arguing it created a climate of uncertainty for Swiss industry – even among the banks and not only in Switzerland either – Hayek says that currency adjustments “are part of
the daily business of Swatch Group” and that they will deal with it, while closely observing the currency environment.

“The decision prompted us to adjust prices in Europe for some brands, such as Breguet, Blancpain, Omega and Longines, between five to 10 per cent. For volume brands such as Swatch or Tissot, we are not very keen to raise prices, as this segment tends to react more sensitively to such changes.

“Marketing investments and selling expenses in foreign currencies, or companies such as Harry Winston in the US or Rivoli in the Middle East, whose costs are also recorded in local currency, absorb part of the negative effect of the
overvalued Swiss Franc,” Hayek adds.

Under existing Swiss law (dating back to 2013), at least 60 per cent of the cost price of industrial products, including Swiss watches, must be manufactured in the country if they are to be regarded as ‘Swiss made’. However, some flexibility remains as the 60 per cent may include R&D.

Hayek downplays the 60 per cent rule though stating: “We produce almost everything in Switzerland; the change of the currency cap has nothing to do with these costs.

“Except that the supply of raw materials from the European market, such as steel for example, might be less expensive. But these cost savings are negligible as they are by far not the main costs of a Swiss made watch.”

Indeed, Swatch is cushioned to some extent – even taking account of the impact on export markets after the removal of the Swiss Franc-Euro peg – not least because the company’s brands compete in all segments, making use of a worldwide branch network with dedicated own-store chains, including the Rivoli network in the Middle East, in which the group upped its stake to 58 per cent in November 2013 when it acquired an additional 18 per cent (through its Technocorp Holding unit) from Dubai International Capital (DIC).

Swatch also has a substantial presence in Saudi Arabia, with a 33 per cent stake (taken in 2011) in Alzouman General Trading Company – part of the Alzouman Group Saleh Mohammad Alzouman Sons Company. It distributes Swatch and Flik Flak brands, mainly through more than 100 stores in the Kingdom.

The company also made a strategic move in 2013 when it acquired the Harry Winston jewellery making operation from Toronto-based parent company Harry Winston Diamond Corporation for $750m in cash, giving it access to a market – long dominated by Richemont and its iconic Cartier brand – for high-end bracelets, rings and necklaces.

According to Hayek, the Middle East, together with Asia (excluding Greater China) represents around 20 per cent of Swatch Group sales – the Middle East region – one of the most strategically important for the Group – showing “steady growth”.

“Retail operations in the Middle Eastern area (are) develop(ing) well. The outlook is promising. The tendency in this area goes towards high-priced watches (and jewellery) but with a strong upward trend towards watches of the basic segment (Swatch),” she says.

Noting that the company will maintain its long-term strategy of investing in innovation, machinery, distribution, as well as further expanding its manufacturing base in Switzerland, Hayek remains committed to the Middle East region as well.

“Our commitment to the Rivoli retail operation for example is developing very well especially as it is less Swiss Franc- exposed,” she says.

Despite falling oil prices, political tensions in Ukraine and the associated economic sanctions affecting Russian tourism, Hayek continues to be upbeat. “Falling oil prices did not impact 2014 sales. Situations such as in Russia and Ukraine of course always influence sales in the country and the region, and also tourism,” she says.

“However,” she adds, “during the past 20 years, such situations regularly occurred, unfortunately.”

“Swatch Group is used to dealing with these situations and being a healthy group is well equipped to compensate (for) some of the effects with its product mix covering every price segment. In addition, the defensive price adjustment policy helps keep market share or even increase it,” she says.

Hayek adds that Swatch Group started very well in 2015. Local currency sales in January were strong, including in the Middle East. “This is a promising start and leaves me confident that we are on the right path with the overall Swatch Group strategy.”

The company is forecasting an annual sales increase in the high single digits (in local currency terms) in 2015 and for profits to be healthy with price increases in selected brands expected to offset recent surge in the Franc.

One major development likely to have a significant impact on Swatch will be its long awaited debut in the smartwatch market.
the

 Although the company flagged its smartwatch plans last year, further details have emerged ahead of what widely tipped to be an April launch to coincide with the roll-out of Apple’s smartwatch – the tech giant’s first entirely new device since the launch of the iPad five years ago.

Swatch (and Apple) enter what is already a competitive market featuring Sony, Samsung, Google and Pebble among others.
Unlike Apple’s product offering, which will require a magnetic connector, Swatch’s market entry won’t need to be charged
– reportedly relying instead upon a low power consuming microchip. It will feature mobile payment and communication functions and be compatible with both Windows and Android.

While the stakes are high, given a recent The Wall Street Journal report saying between five and six million Apple smartwatches have been ordered by Apple from Asian manufacturers, Swatch at least has the benefit of a number of watch-related patents across batteries, watch mechanisms, and other materials.

If the company has yet to confirm any would be collaborators, it is unlikely to find itself short of willing partners.

As Hayek puts it: “The positioning of Swatch Group is unique with its 18 watch brands covering all the price segments. If there are fewer watches sold in the high-price segment, it is generally compensated by stronger sales in the middle and lower price-segment.

“Of course, the consequence, as in 2014, is that the operating margin is affected, but the sales increase and the production facilities are working to full capacity.”

She adds that the smartwatch is not only an opportunity for the watch industry it might also convince some of those people not wearing a watch to change their habits and finally “put something on their wrist.”

“The Swatch Group, with its high-tech companies in the electronic sector, is already supplying many big players in the mobile phone sector with various highly sophisticated components.

“The conditions are very favorable for our group to be part of the game. We are convinced it will be an interesting addition to the watch family, and will not eliminate wrist watches.

“The brands that will benefit from the existing know-how within the Group with respect to smart devices will be mainly Swatch and Tissot,” she says.

For Hayek and her competitors, there is a lot to play for. Allied Market Research said in a February 2015 report that the global smartwatch market has the potential to reach $32.9 billion by 2020 – equivalent to a CAGR of 67.6 per cent over the 2014-2020 period.

It adds that the global market is witnessing a huge inflow in the number of companies and is set to significantly grow from the currently estimated 40 companies operating in the space.

Leading tech companies such as Samsung, Apple, Google, etc. are currently driving the market and there is an expectation that the entry of legacy watch companies will increase competition and change the market’s dynamics.

Swatch Group, with its branding and patents, should be well placed when that happens.