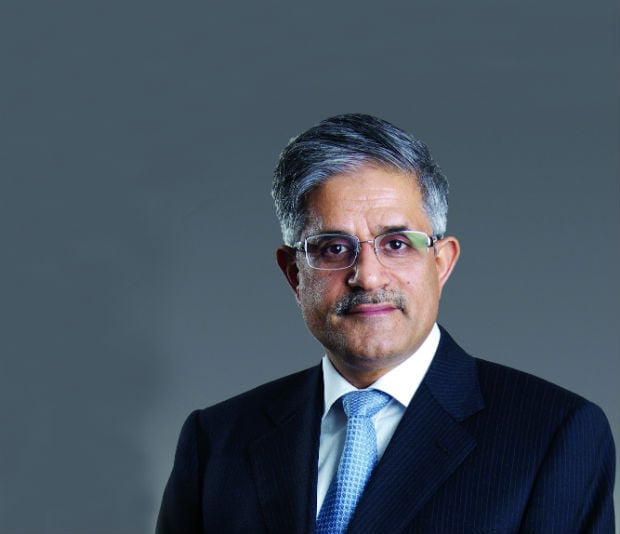 One of the smaller and younger sovereign wealth funds in the region, Bahrain’s Mumtalakat has played a key role in developing the Gulf country’s economy. Founded in 2006, it holds stakes in 38 firms, including non- oil stalwarts such as Aluminium Bahrain (Alba) and Bahrain Telecommunications Co (Batelco), for a combined value of $7.2 billion.

The year 2014 started on a distinctive note for the wealth fund as it posted a significant jump in profits 2013 after recording losses for five straight years. Mumtalakat’s gross profit last year rose 135 per cent to reach BD109.4 million compared with a net loss of BD46.5 million in 2012.

The fund’s return to profitability, however, was no small feat considering its struggle with Bahrain’s loss making flag carrier Gulf Air and the Arab Spring unrest that made a significant dentin the Gulf country’s economy.

But the fund’s CEO, Mahmood Hashim Al Kooheji, says that what turned the tables Mumtalakat’s favour was particularly the performance of its two main companies Alba and Gulf Air.

“There was a better performance by our aluminium smelter Alba last year despite the pressure that the aluminium industry is undergoing internationally. There was a big improvement in Gulf Air’s performance and results, which were really significant,”

Kooheji is optimistic about the forecast for 2014 too and says that the fund is expecting to sustain if not increase its profits, but he emphasises a similar 134 per cent leap is unlikely to be possible.

“Our strategy [in 2014] is to actively look for opportunities in and out of Bahrain,” says Kooheji. “In fact, we have couple of investments one in Bahrain and the other in the GCC– which we will announce soon. These are significant investments that we have made. The year 2014 will be a very positive year for us.”

Spurred by its recent profits, Mumtalakat is turning its sights internationally to expand its portfolio.

“We are pursuing a couple of investment opportunities in Europe, with one in the educational sector while the other will be in the logistics and industrial sector,” says Kooheji.

Though he shies away from disclosing further details about the impending deals, Kooheji reveals that the fund is planning to invest up to BD150 million in 2014. Aside from its interest in Europe, he says that the fund is also open to invest in other geographies such as Asia.

“We are commercially driven and if we have projects that give us high returns we will pursue it. As I said, we are looking outside (Bahrain) and will be making public the deals.”

But despite Mumtalakat’s interest in expanding its international investments, the sovereign wealth fund will not lose its primary focus on Bahrain’s economy, the chief executive says.

Kooheji’s favourites among the possible investment options in the island kingdom are the tourism, industrial and real estate sectors. Although plagued by the occasional geopolitical instability post the Arab Spring, Kooheji emphasises that Bahrain has not lost its appeal as a destination for investments.

He specifically picks out tourism as a sector that the country could benefit from.

“Definitely, Bahrain’s tourism is resurging. If there is one indicator that I would use to measure this is the queue on the causeway,” he says referring to the famous 25-kilometre bridge that links Bahrain to Saudi Arabia – a key to increased trade and tourism between the countries.

Bahrain’s real estate and tourism sector might be still on a path of recovery but Kooheji has already inked new partnerships to cash in on the potential tourism boom he anticipates in the Gulf country.

Mumtalakat is developing beachside resorts at Al Jazzayer Beach and in Durrat Al Bahrain, for which the fund has signed deals with international hotel operators, he says. The fund is also developing Hawar Island, another leisure location to boost tourism numbers.

The chief executive is also betting on Bahrain’s industrial sector this year as a safe investment option with the fund planning to inject money into its industrial companies.

“I see the fund investing in Bahrain’s industrial sector. One of our companies Alba is embarking on a big expansion programme and that might be approved soon. We have pursued downstream development, and signed MOUs with international companies to set up in Bahrain that will see new companies coming and creating jobs.”

Kooheji is also optimistic about attracting investments to Bahrain due to its economic diversity and investment rules.

“Bahrain economy is the most diversified in the whole GCC as the oil sector represents less than 40 per cent of the GDP. Oil is not a big component of our economy and that is something that we are very proud of,” he says.

Mumtalakat took a bold step when it embarked on a major restructuring programme at Gulf Air last year, which saw more than 1,000 staff laid off to streamline its fleet and operations.

Kooheji says that such measures helped reduce the losses from the carrier significantly by BD100 to BD180 million.

“Gulf Air is still losing but we realised that it is a national airline serving the economy. The government has accepted it and now the losses of Gulf Air – the figure that I am talking about – is funded by the government budget. It is not profitable but it serves the economy.”

Admitting that turning Gulf Air back to profit is a long-term strategy, he emphasises the importance of achieving operational efficiency.

“The profitability is something we need to achieve but there is at least balance in operations and improvement in performance. Nobody is happy with the losses, but for the size of the economy and the airline, it is acceptable and will gradually be reduced.

“It might take few years and that is why the government is happy to fund the airline. We are constantly working to see how we can improve the performance of the airline and we have few ideas that we have put in place.”

Post the restructuring; Gulf Air is looking to service new markets while eying niche markets in the Middle East, the chief executive says. Moreover, he suggests that an airline is a dependable investment and will support the country’s economy.

“The backing of the government makes it a safe investment. Gulf Air is like a bridge to the world and if we have to connect with the rest of the world, then we need to have an airline. That is the positive part of the investment.”

But aside from its current investments, Kooheji says that the fund is looking to increase the diversity of its portfolio and step up its investments in sectors like technology, media and telecommunications, financial services and real estate.

He is also clear about the company’s long-term plans, with aims to double the size of the fund over the next few years.

“We have the plan and the means to achieve that. It is not just something that we hope. We are looking at what measures we need to take and we are implementing them. In the long term, we will be twice as big as we are today.”