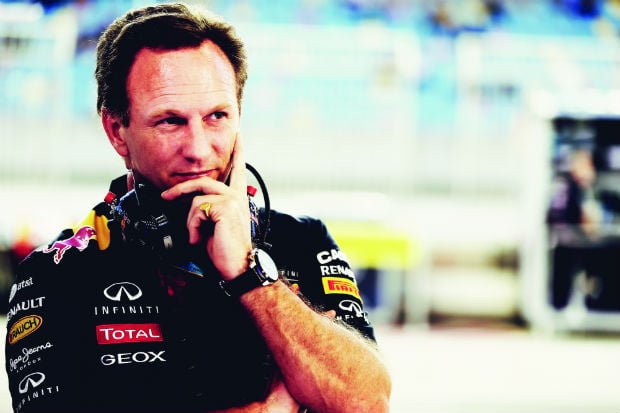 Make no mistake. Formula One motor racing is a money business first and a sport second, and the people at Infiniti Red Bull Racing know this well.

While the team has won the last four World Drivers’ and Constructors’ titles with its superstar driver, Sebastian Vettel, its biggest business partner, Infiniti has also won in the money stakes.

Though getting the exact spending figure is never easy, reports around the paddock estimate the value of the deal involving team naming rights and the car giant’s corporate colour of purple on the livery, to be close to $50 million per year.

Title sponsorship, in the case of this team Red Bull, is typically valued at around $110 million to $115 million per season.

But according to global research company Repucom, riding off the back of its current world championship, Infiniti became the first Formula One team sponsor to receive over $1billion in a season in advertising value.

Repucom claims the team’s branding on the car, personnel, drivers and significant airtime from being in the winners circle so often, gave Infiniti its magic $1 billion value in global TV coverage.

Red Bull, meanwhile, says after its first season, quantitative data showed a media value of $250 million which jumped to $339 million for year two.

But speaking exclusively to Gulf Business in the lead up to the final round of the world championship in Abu Dhabi this month, Team Boss Christian Horner says the relationship between Red Bull Racing and Infiniti extends well beyond branding as a genuine business marriage.

“At this level, it has to be more than just a sticker on the car as both sides have so much to bring to the table,” he says.

Just one example is the Infiniti Performance Engineering Academy which is a joint collaboration between the Formula One team and Infiniti’s parent company, Renault/Nissan.

The programme ran during the first half of 2014 and consisted of 1500 engineering students from more than 100 universities worldwide, all competing for a 12-month engineering role based at the Formula One team’s UK factory.

“The engineering academy is an interesting concept and we’ve already had some Infiniti engineers placed at Red Bull Racing…so the collaboration is much more than just a commercial relationship, it goes deep into a technical partnership as well,” says Horner.

“It’s an exciting way for us to find the next Adrian Newey (Red Bull’s current chief designer) and investing in youngsters is a great thing for Infiniti to be doing. So who knows, after the placements itself, maybe there’ll be a fulltime position for successful engineer with the team as well.”

Apart from the engineers, drivers too are expected to take on an in-house position, working with Infiniti at a manufacturing research and development level.

While Vettel has recently announced that he will leave the team at the conclusion of this season, his role as Infiniti’s director of performance is expected to be passed on to his team mate, Australian, Daniel Ricciardo.

As director of performance, Vettel has spent a lot of time between races at the company’s Hong Kong HQ providing feedback about what he expects from a premium, performance road car.

The company then put this information to good use developing the driving and performance attributes for the next generation of road cars.

Vettel has played a key role in developing the current vehicle line-up, most notably with the FX50 Vettel edition SUV and the all-new Q50 sedan and Eau Rouge performance version.

“The enhanced role Sebastian took on was another step in the integration of our Formula One programme into the product development process of the road car,” says Horner.

“Seb’s uncanny sensitivity to chassis set-up made him very popular with Infiniti’s development engineers who relished the opportunity to achieve great precision in suspension, braking and steering calibration.”

The limited edition FX50 was a unique collaboration between Vettel and Infiniti’s chief creative officer, Shiro Nakamura, which, apart from the throaty 5-litre V8, featured some nifty aero tweaks signed off by Vettel himself.

Recently departed Infiniti chairman, Andy Palmer also tells Gulf Business that the decision to sponsor Red Bull Racing was not only for marketing reasons – it was also a technical move.

“At the very start of the relationship, over dinner one night in Paris with Horner, the very first conversation we talked about was the branding on the car, but we also wanted to go deeper.

But if we went deeper, we didn’t want to go deeper just on traditional technology because the others have already done that,” he says.

Formula One’s current trend of downsizing engines and chasing hybrid technology and electricity as an alternative fuel is something that interests both sides in terms of what each can bring to the table.

“We have developed a lot of cutting edge technologies to win races which manufacturers may not have, for instance in areas such as composites, KERS (hybrid) technology and certain aspects of metallic technology that are becoming increasingly relevant in the road car side,” Horner says.

Going hybrid improves fuel economy by around 14 to 15 per cent. However, bigger improvements can still be found through aerodynamics, reduced weight and low rolling resistances, which are the cornerstones of building a competitive Formula One car, he points out.

“If you think about (chief designer) Adrian Newey, is there a guy in the industry that knows more about aerodynamics? I don’t think so.

If you talk about a car company that wants to be seen as equal or better than its competitors in terms of ride and handling, you can do a certain amount of simulation on the computer but at the end of the day, you need to have motion and you need drivers,” says Horner.

“Seb and Daniel are among the best in the world and the guys are used in the development of every Infiniti,” he says.

“They go and drive the cars and give very lucid accounts of what they think about the car and they do it very early in the development cycle so that the Infiniti hierarchy can take into account their opinions.”

Aside from the Vettel fettled Infiniti Q50 and FX50 models, a very graphic example of the relationship Formula One has with the development of future road cars is in the soon to be released Nissan GTR Nismo sports coupé.

Nissan admits the car is late getting to customers and it currently holds a two-year waiting list of buyers who are anticipating delivery of the $151,000 rocket ship. The delay comes from the development of composite technology used in the making of lightweight body panels of which the GTR Nismo has plenty.

“It’s the most expensive car we’ve made and I have a lot of frustrated people who want it but the reason I’ve got this two-year waiting list is because we can’t make the composite panels quickly enough,” Palmer says.

Despite Nissan’s 90,000 strong team of engineers, the highly specialised field of composite panels falls to the 400 artisans at Red Bull Racing’s facility in Milton Keynes in the UK.

“These guys have technology that we, as a car company, simply don’t have and that’s perhaps where, in the longer term, I see the biggest bang from the corporate buck.”