Interview: Heinz Beck Cooks Up A Storm In The Middle East | UAE News 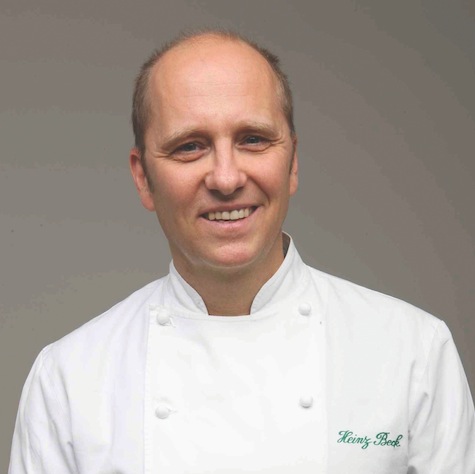 It is rare to talk to a Michelin-starred chef in his kitchen but even rarer to chat with him while he is preparing a four-course meal for you in his restaurant.

Fresh spaghetti simmers on five pans across a large cooking station while men in white aprons and chef hats scurry around, all on the orders of a man just about five feet tall.

Such is the aura of Chef Heinz Beck who holds five Michelin stars across his establishments, the rating given to the quality of fine dining in his restaurants. But the chef, also known as the master of Gastronomy, unabashedly admits to me that he likes to be in control of his kitchen.

“I am always like this seven days a week – always active,” says Beck, issuing instructions in rapid-fire Italian to his assistants in the kitchen as he ladles the spaghetti to taste it.

Soon after his first venture in the region, the Michelin-starred chef is back in Dubai with his second outlet. This time around he is partnering with the Dubai-based hospitality and retail group Marka for another Italian restaurant Taste of Italy by Heinz Beck.

Unlike his existing restaurant, Taste Of Italy will be Beck’s first casual gourmet dining concept and is scheduled to open by February next year at the Galleria Mall in Al Wasl Road. The restaurant will also have a fully-fledged retail store for desserts, gelato, pastry and breads, he says.

When prodded about his regional plans, Beck also reveals he is eyeing an Italian fine dining restaurant at the Royal Opera House Muscat, Oman.

“There is a plan to open one in Muscat but it is being delayed a bit since the design is not finalised yet.”

Talks are also on going to launch one more concept in the region, a non-Italian restaurant, though he gives no further details.

For those unfamiliar with Beck, his pace of expansion can seem manic, but the chef is no stranger to good business.

Downplaying his global reach, Beck emphasises that the best draw for better business is the taste of the food served at a restaurant.

“The quality of the food, the way of preparing it and the consistency are important factors – the food should always have the same quality,” he says, while adding finishing touches to our plates, ready to be taken out.

“Taste is important. When you have something on the table, you have to feel that the chef was cooking for you and not because it is his job, but because he loves it.”

Beck is betting on this very quality of food and the distinctiveness of his concept to draw the crowds in Dubai’s bustling food and beverage market.

“There is always potential for the right concept and if you have that right concept, then you get your part of the business,” he concludes as he gives his final nod to his handiwork, signalling the attendants who are waiting by the kitchen’s double doors to serve the food.